This photo proves air-to-air refueling of armed planes involved in the air strikes in Syria and Iraq may also take place over large cities.

On the night of Oct. 2, the French Air Force Rafale multirole jets deployed to Al Dhafra, UAE, conducted an air strike in the area of Mosul, in Iraq.

It was the first night mission of the Rafales since the beginning of Operation Chammal (as the French have dubbed their participation to the air campaign against ISIS), another 7 hour mission which required several aerial refuelings from both FAF C-135FR and U.S. KC-10 Extender.

Whilst it was impossible to determine the town that was barely visible below the F-22 Raptor stealth fighter jets in the images and video we posted last week, in this case, the French Air Force not only posted the photographs, but also said that the city in the background is Iraq capitcal town Baghdad. 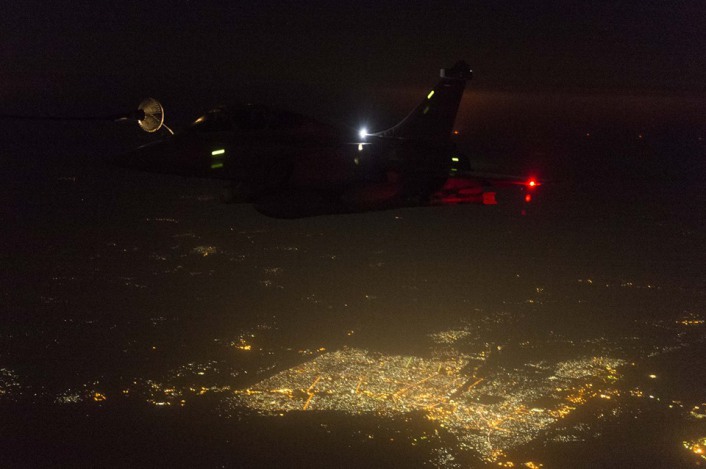 The Flying Test Bed routinely flies with real F-22 Raptors both at Edwards and Nellis Air Force Base, Nevada in order to gain an early look at F-22 mission software. N757A is a highly modified […]