These are some action shots from the only photographer to have been on USS George H.W. Bush out in the Gulf few days before it launched the first airstrikes against ISIS positions in Iraq.

On Aug. 8, at approximately 10:45 UTC, the U.S. military launched the first targeted airstrike against Islamic State of Iraq and the Levant (ISIL) terrorists.

According to Pentagon, “Two F/A-18 aircraft dropped 500-pound laser-guided bombs on a mobile artillery piece near Erbil. ISIL was using this artillery to shell Kurdish forces defending Erbil where U.S. personnel are located.” 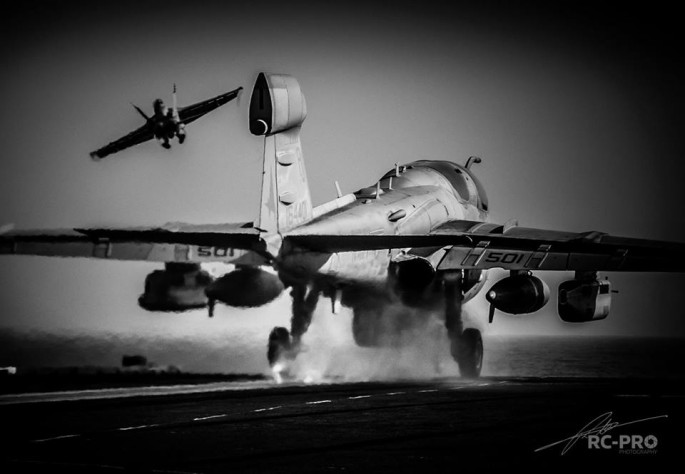 Then, the U.S. launched a second round of airstrikes, which involved an RPA (Remotely Piloted Aircraft), that struck a terrorist mortar position twice, and four Hornets which successfully struck a stationary ISIL convoy of seven vehicles and a mortar position near Erbil. 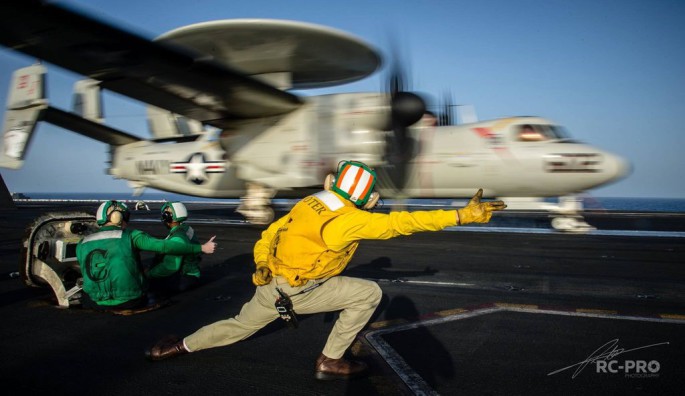 Few days ago, photographer Rich Cooper, went aboard the carrier sailing in the Gulf where it took the images you can find in this post. These were the last taken before the CVW-8 launched the first airstrikes against ISIS. 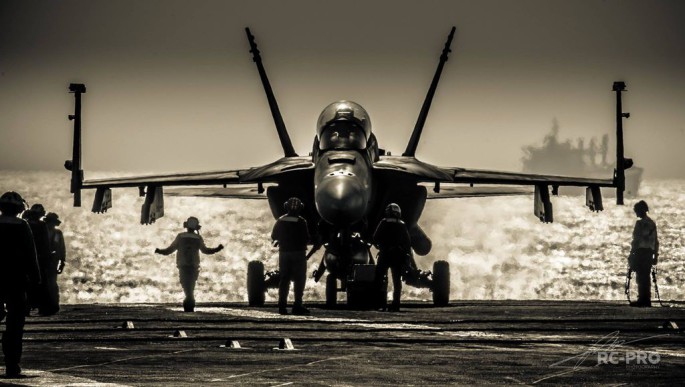 Operating from USS George Bush are also some of U.S. Navy’s last EA-6Bs on their final cruise (the Prowler will be out of service at the end of this year.) 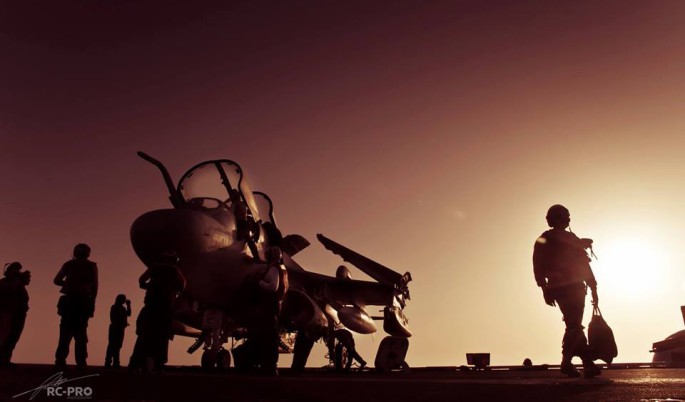 A close encounter between an F-22, two Su-25s and one Su-35S occurred over Syria some weeks ago. Many things about the incident are yet to be explained though. CENTCOM: “There is no truth to this […]

Here’s an interesting recruitment video for the Iraqi Army SOF (Special Operation Force). Among the other things, it shows some Mi-25 Hind attack helicopters and some Mi-8/17 Hip choppers used to transport Special Teams. According […]

Finnish Air Force F/A-18s as seen from the tanker aircraft. The images in this post were taken during aerial refueling training exercise underway from Apr. 4 to Apr. 8 in Finland. Finnish Air Force single […]