Typhoons, KC-767, T-346, HH-101 and much more among the highlights of the largest Italian airshow this year.

Obviously, the leading role in the airshow was played by the Aeronautica Militare (Italian Air Force) that showcased its most advanced “hardware” and capabilities.

The Italian Eurofighter Typhoons took the stage not only with a stunning solo display by the F-2000 (as the aircraft is designated by the ItAF) of the Reparto Sperimentale Volo (Test Wing) from Pratica di Mare but also by escorting an Alitalia A320 and an A330 in an air defense role demo aimed at showing what the aircraft do more frequently. 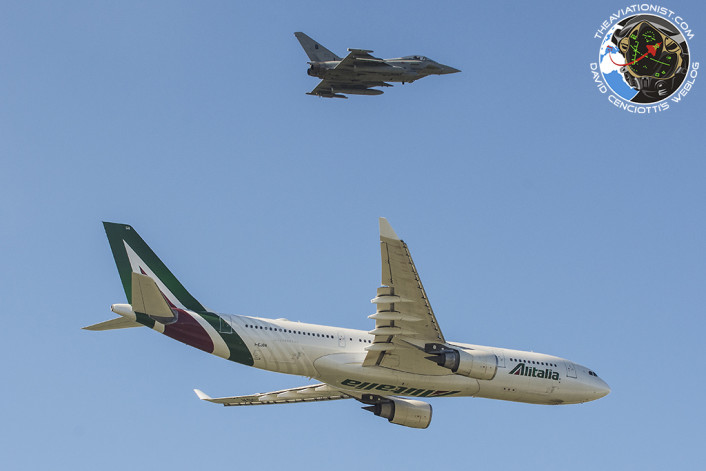 In fact, Italy has been the very first (and the only one, for the moment) nation to provide so-called IAP (Interim Air Policing) tasks over four foreign airspaces: Iceland (on rotation), Slovenia, Albania (task shared with the Hellenic Air Force) and Baltic States (where first rotation ended at the end of August, when the four Italian F-2000s successfully completed their 8-month NATO Baltic Air Patrol deployment to Lithuania, logging about 900 flying hours, 40 Alpha-Scrambles (alert takeoffs), more than 160 Tango-Scrambles (training scrambles) and several training missions).

As already mentioned here, during the airshow, the ItAF unveiled two special colored Typhoons belonging to the 10° Gruppo (Squadron) of 36° Stormo (Wing), based at Gioia del Colle: two aircraft (MM7297 and 7308), with camouflaged tail, tricolored rudder and a large black rearing horse on white cloud, symbol of Italy’s top WWI ace Francesco Baracca, performed a flyover along with a replica of the SPAD XIII, the French biplane fighter aircraft flown by Baracca that inspired the new special color scheme. 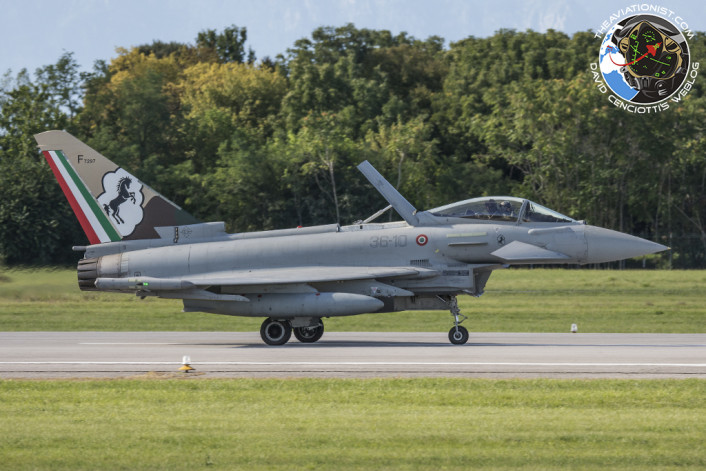 Aerial refueling is another capability that Italy is continuing to develop to improve power projection: the Italian Boeing KC-767A, the first international tanker to successfully complete aerial refueling of a U.S. Air Force F-35A on Jul 29, took part in the display flying over Rivolto airbase leading a formation of two  Typhoons and two Tornado IDS and two AMX bombers that had previously performed a simulated attack on the base. A real first was the HAAR (Helicopter Air-to-Air Refueling) demo showing a brand new AgustaWestland HH-101A Caesar of the 15° Stormo (Wing) trailing a KC-130J tanker of the 46^ Brigata Aerea from Pisa: a confirmation that the new CSAR (Combat Search And Rescue) helicopter that the ItAF will use for Special Forces support, Personnel Recovery in hostile environments, MEDEVAC (Medical Evacuation) and SMI (Slow Mover Intercept) missions will soon start aerial refueling certification testing. 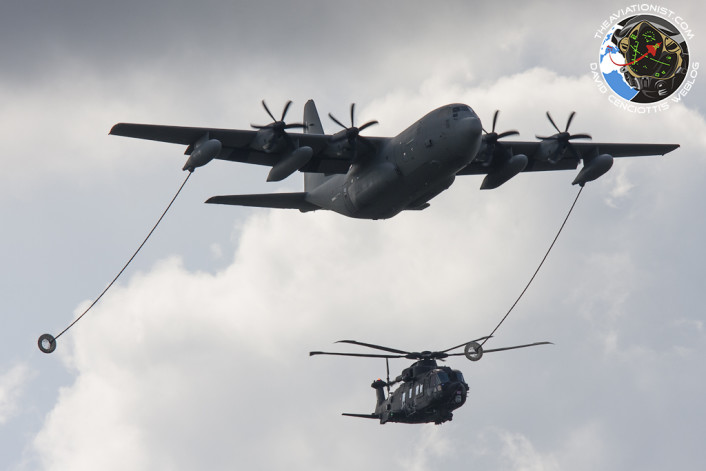 Other Italian helicopters taking part in the flying display were also the HH-139A multipurpose combat chopper and the new AW.149 medium-lift military helicopter. 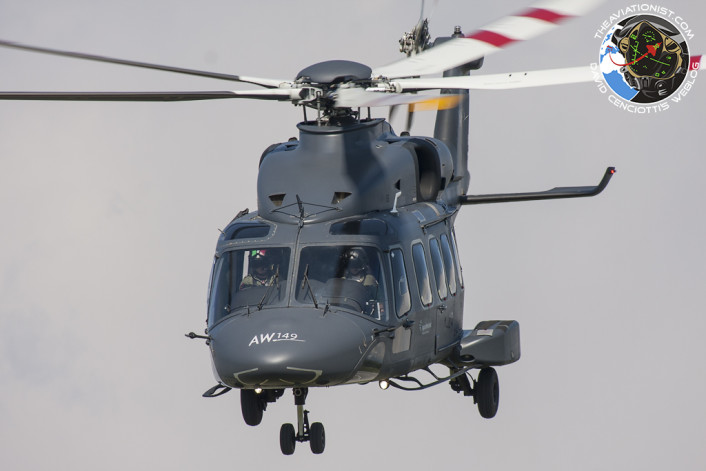 Another interesting display was the one of the T-346A (the Italian Air Force designation for the Alenia Aermacchi M-346 Master advanced jet trainer) of the RSV from Pratica di Mare that showed the stunning performance and maneuvering capabilities of the dual-engine LIFT (Lead-In to Fighter Trainer) jet selected by Italy, Poland, Israel and Singapore. 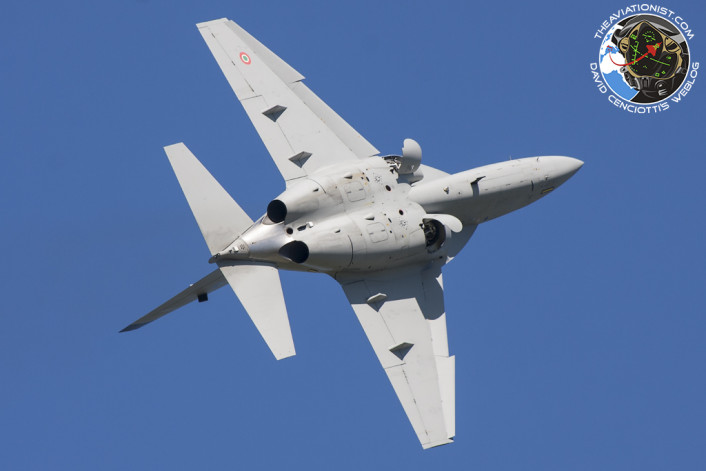 Dealing with pilot training, one of the highlights of the airshow was a unique “Legend formation,” made of all the most important training planes in the history of the Italian Air Force, from the G.59, to the T-6 Texan, to the MB.326 to the above mentioned T-346, the latest and most advanced one, flying with the 61° Stormo at Lecce Galatina airbase and used for advanced pre-operative training of the Italian, Dutch (and soon Polish) pilots destined to the 4th and 5th Generation combat planes. 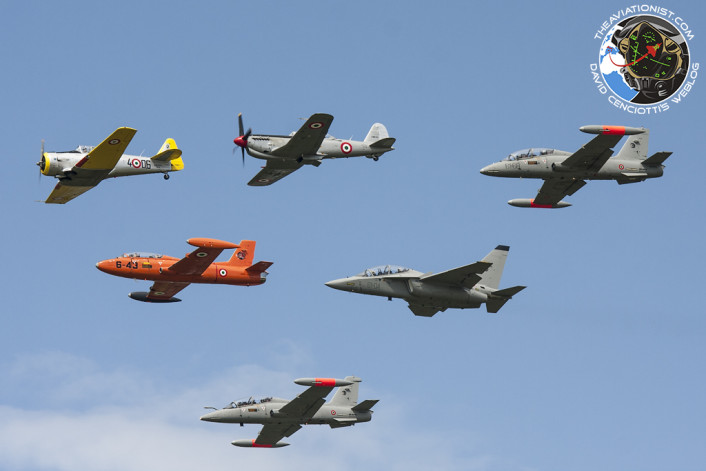 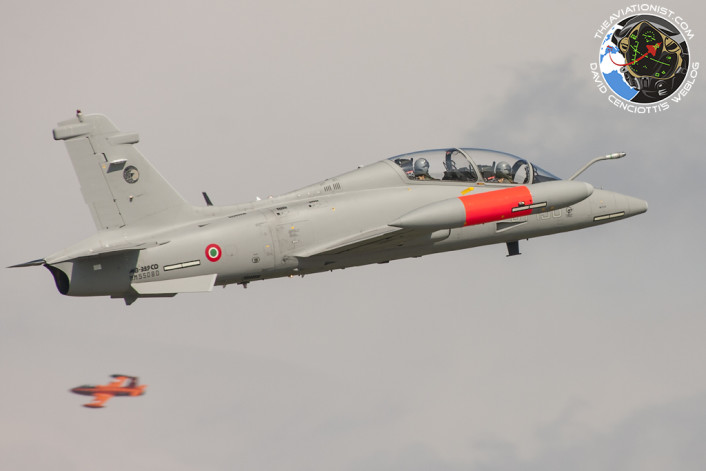 Although the most exciting part of the airshow was the “dynamic” flying display, some interesting things could be found among the participants in static display. Among them, the mock-up of the T-344 V.E.S.P.A. (Very Efficient Smart Power Aircraft), an ItAF indigenous project based on the Caproni C-22J light jet-powered aircraft that will be used for basic ab initio jet training.

The P.1HH HammerHead UAS (Unmanned Aerial System), that the ItAF has already procured (three UAS systems, consisting of six aircraft and three ground stations and complete with ISR configuration, that will be delivered early next year), was also in static display sporting the markings and code of 28° Gruppo (Squadron) belonging to 32° Stormo from Amendola, the ItAF’s UAV unit. 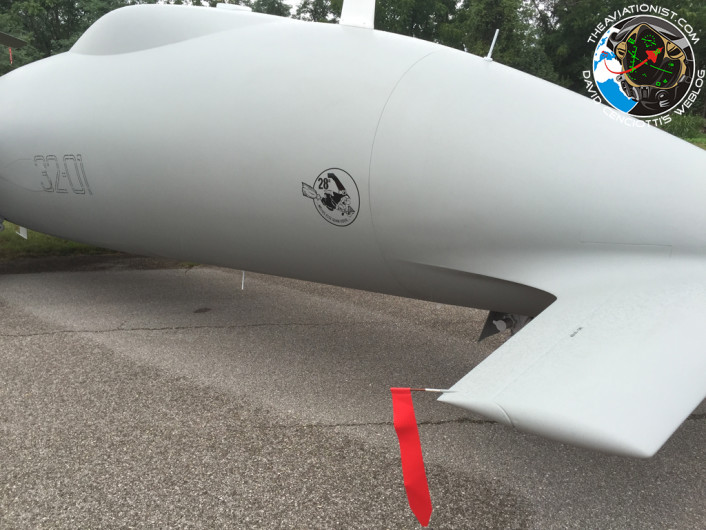 Another aircraft that caught the interest of the public was the M-345 HET (High Efficiency Trainer) a trainer based on the M-311 and expected to enter service with the Italian Air Force between 2017-2020 to replace the aging MB.339. The M-345 HET was selected to be the next aircraft flown by the Frecce Tricolori display team.

Newsworthy, the Frecce Tricolori, that sported the new livery introduced in 2015 for the 55th anniversary, presented a new maneuver dubbed “Scintilla Tricolore” (Tricolored Spark) during their final display. 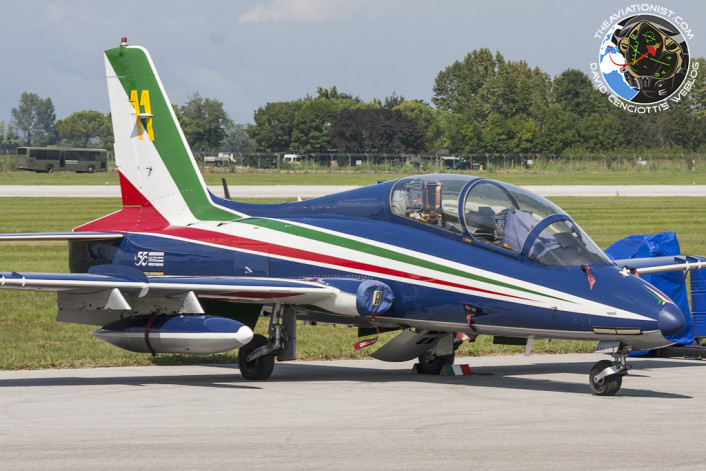 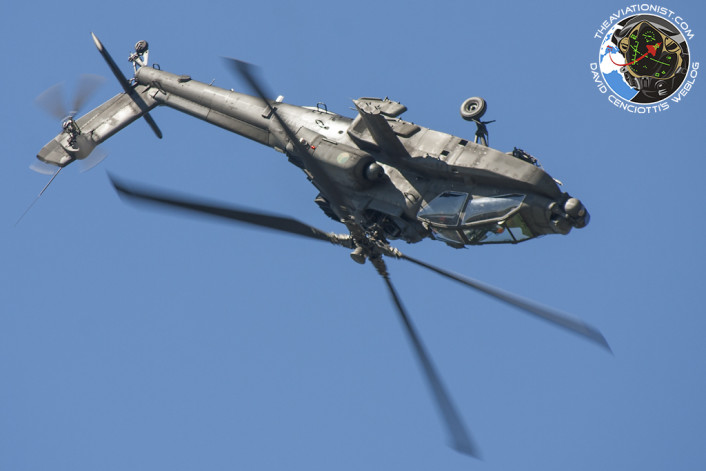 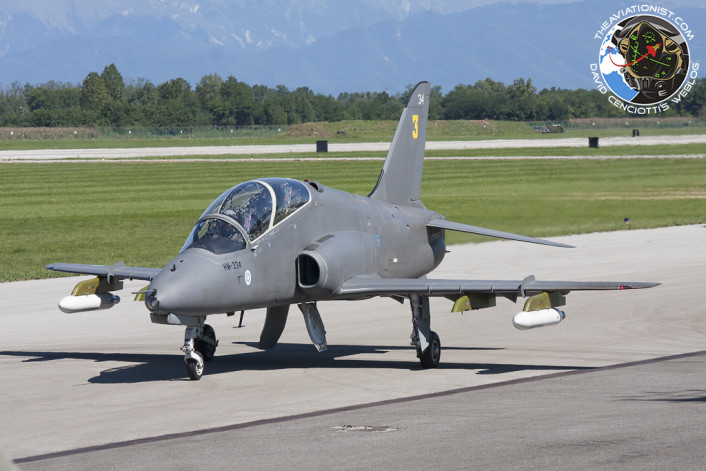 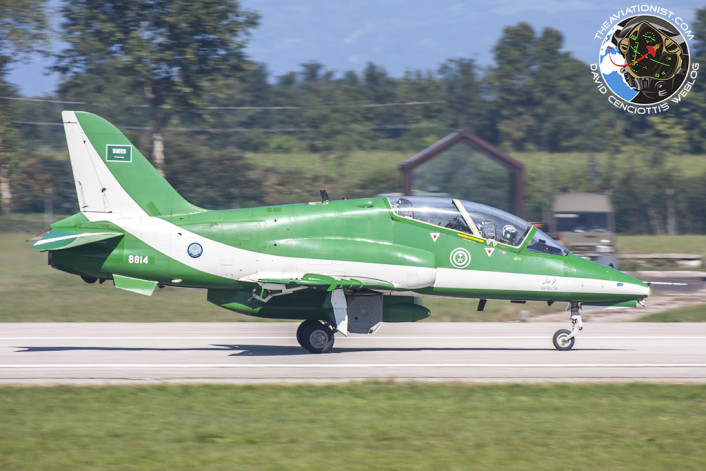 Interestingly, for the first time ever, Rivolto airshow was preceded by a Spotter Day attended by about 300 photographers who were given the possibility to get shots of the arrivals and rehearsals. Kudos to the Italian Air Force and its Public Information Office for this much appreciated initiative. 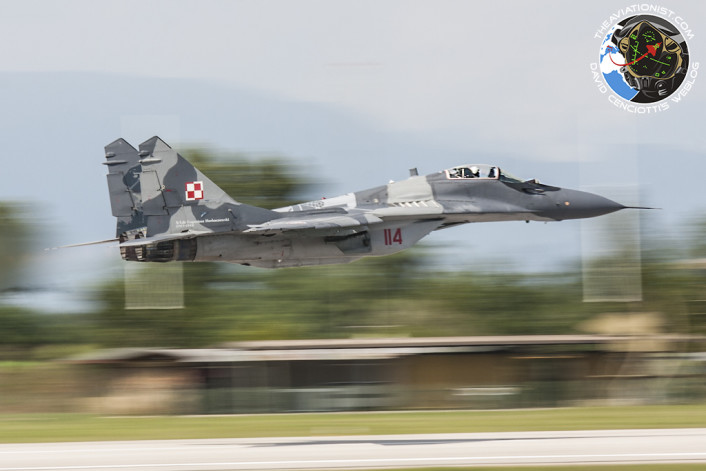 All images by David Cenciotti unless otherwise stated.