The photographs in this post were taken from an Italian Air Force Boeing KC-767A tanker during aerial refueling operations over central and southern Italy on May 4. 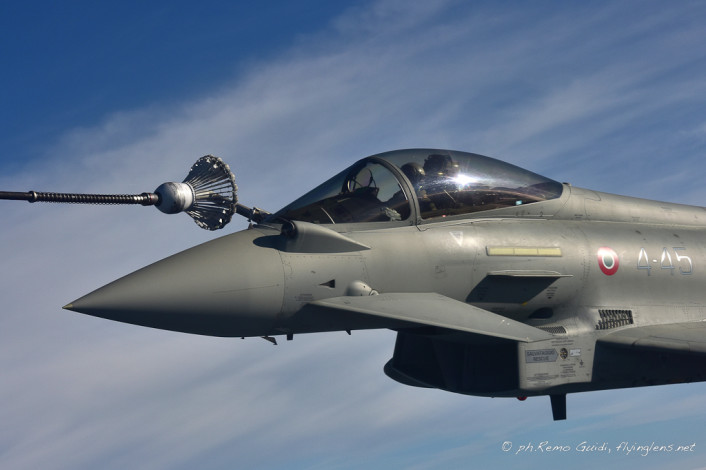 They show several Eurofighter Typhoon jets belonging to the 4° Stormo (Wing) based at Grosseto, taking gas from a KC-767 tanker of the 14° Stormo from Pratica di Mare. 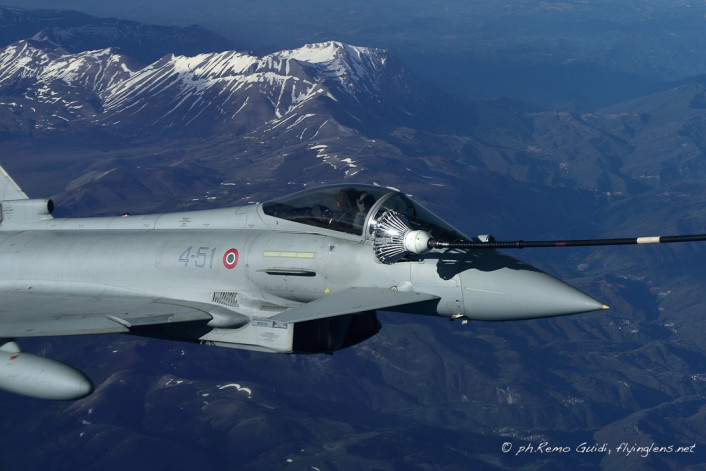 The KC-767 is equipped with both the sixth generation flying boom (based on the one of the American KC-10), and three hose and drogue stations to refuel both aircraft equipped with onboard receptacle and those with a refueling probe: the KC-767 uses a futuristic remote boom operator’s station located behind the cockpit where boom operators, operate both the hoses and the flying boom by means of joysticks and live video filmed by cameras mounted on the aircraft’s fuselage. 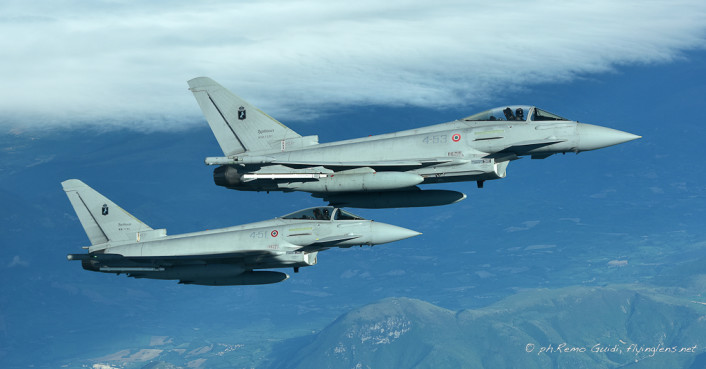 For the real aviation geek: F-22s, F-15s and B-2s filmed "in action" during Red Flag. From the ground. With audio.

Clear skies, contrails, a radio receiver tuned on the boomfreq, three KC-135 tankers and a lot of thisty receivers taking part to the Red Flag exercise. These are the things that make the following one […]