The Israeli Air Force has used INIOXOS-2015, one the largest annual exercise of the Hellenic Air Force, to prepare for a potential situation where it will have to attack Iranian nuclear facilities by performing missions against the S-300PMU-1 surface-to-air missile system, stationed in Crete, according to Flightglobal.

Russia has recently lifted the ban on sale of S-300 systems to Iran.

The S-300 is a mobile air defense system that couples a radars capable to track multiple targets with long-range missiles to hit aerial targets at a distance of 150 km and an altitude up to 27,000 meters. Although well-known to the western air forces, it remains a lethal SAM system that Iran could field to protect its nuclear sites.

Israel deployed 10 F-16I Sufa jets from four Squadrons (201 «The One», 253 «The Negev», 107 «The Knights of the Orange Tail» and 119 «The Bat) at the 117 Combat Wing/Andravida Air Base and U.S. Air Force in Europe dispatched a number of SF personnel as JTACs (Joint Terminal Attack Controllers).

The Israeli AF Commander Maj Gen Amir Eshel visited the troops and flew at least one mission over Aegean Sea along with his Greek counterpart Lt Gen Christos Vaitsis (with F-16D Block52+ ADV of 335 Sq. “Tiger”).

Thanks to the exercise in Greece (not the first attended by the Israeli since the deterioration of their relations with Turkey), the Israeli Air Force has gathered important data about the Russian SAM system and had the opportunity to test and improve evasion tactics during simulated attacks against ground targets protected by S-300 batteries.

H/T e-Amyna for the heads-up 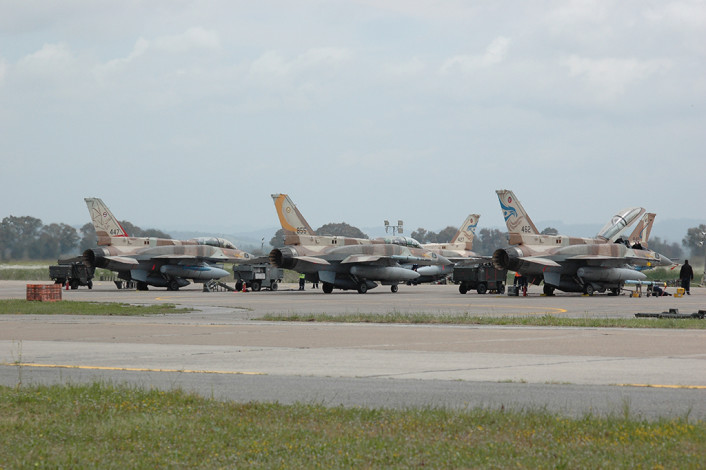 The famous episode when an Israeli Air Force F-15 was able to land with one wing. The F-15 is not only a famous MiG Killer. The legendary Eagle is also a very robust aircraft, that […]