A limited fire inside a bomb range in Italy sparked anti-militarist protest in Sardinia, Italy. But, as usual, in spite of debate, many want the Armed Forces to remain on the island.

On Sept. 4, an inert bomb dropped by a German Tornado fighter bomber sparked a fire inside the Capo Frasca firing range, located in southwestern Sardinia island, in Italy.

The German “Tonka” was involved in a routine pre-planned firing training sortie from Decimomannu, the airbase that is home of the AWTI (Air Weapons Training Installation).

Established 55 years ago by the NATO partnership of Italy, Germany, Great Britain and Canada, the AWTI exploits various ranges located on the eastern and western coasts of Sardinia, including an ACMI (Air Combat Maneuvering Instrumentation) range where air-to-air missions and DACT (Dissimilar Air Combat Training) are remotely monitored and recorded, and an air-to-ground bombing range at Capo Frasca, where pilots can train dropping both dumb and smart weaponry.

Even if several countries’ air arms take advantage of the local facilities during training campaigns, national exercises (like Spring Flag) and multi-national drills, the base is mainly used by the Italian and German Air Force squadrons, which regularly deploy their planes to “Deci” to improve their air-to-air and air-to-surface skills and prepare for real operations.

As done a couple of months ago, when 40 Italian, Austrian and German Eurofighter Typhoon jets operated from the Sardinian airbase.

On Sept. 4 the rather exceptional fire, favored by the windy conditions, burned 30 hectares of Mediterranean scrub within the 1,314 hectares of the whole bomb range, enough to spark controversy.

The mishap was used by some politicians to fuel the protest against Sardinian military ranges, that are normally not used during the Summer period (the Capo Frasca range opened again on Sept. 2) to not damage tourism.

However, whilst part of the locals is against military installations and doesn’t want the Italian Armed Forces to use large areas of the island for their training activities, there is another large part of the local population who openly support the military and are thankful for their service against wildfires, that plague the island in the hot season, and for providing Search And Rescue at sea and in mountainous areas (981 missions flown alone by the Decimomannu-based 670 Squadriglia of the Italian Air Force since it was established).

Furthermore, there is a large and wise part of the population who believes that those servicemen that use Sardinian paradisiacal but deserted areas to train or test new weapons systems, are an extremely important resource for the whole territory as they bring much money to otherwise starving local businesses.

Anyway, the anti-military movement, who advocates (among all the other things) the closure of the range because of the danger of explosions and fires has achieved a little success: the Italian Ministry of Defense has temporarily suspended activities on the Capo Frasca training range until Sept. 15. Still, because of the importance of the range, one of the few remaining ones in Italy where live, inert weapons can be dropped, and considered that firing activities have already been halved in the last decade, it is quite unlikely they will obtain something more.

In the meanwhile, the Italian Air Force has strengthened its range’s firefighting equipment. 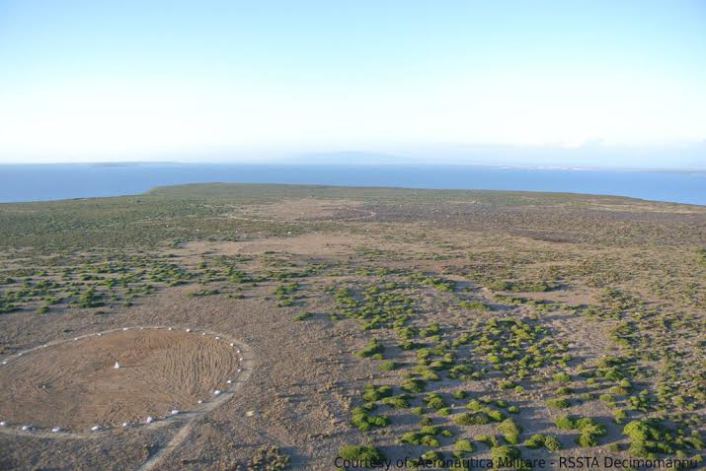 The 6-ship formation used callsign “Legend.” As explained in our report on the event, one of the highlights of the Rivolto airshow was the “Legend” formation, made of six famous trainer aircraft in the history […]