Naval Air Station Fallon in Nevada is the United States Navy’s most important air-to-air and air-to-ground training facility, home of the Top Gun course. Here’s an overview of the colorful aircraft based there.

The Aggressors and their way to play the adversary role is considered one of the best way to train U.S. fighter pilots, improve their proficiency and prepare them to deal with tomorrow’s air threats.

Their role is usually quite simple: they have to threaten the strike force in the same way a modern enemy would do in a real war, forcing fighter pilots to react to the attack. Such training could one day improve their chance of surviving a close encounter with an enemy Mig.

Aircraft assigned to the Adversary role replicate tactics, mission profiles as well as markings and insignas of their near peer adversaries. In order to make training as real as possible adversaries often sport “splinter” color schemes, that are inspired by Russian 4th and 5th generation aircraft, along with traditional camouflaged livery, like that used by the Russian Naval Aviation. 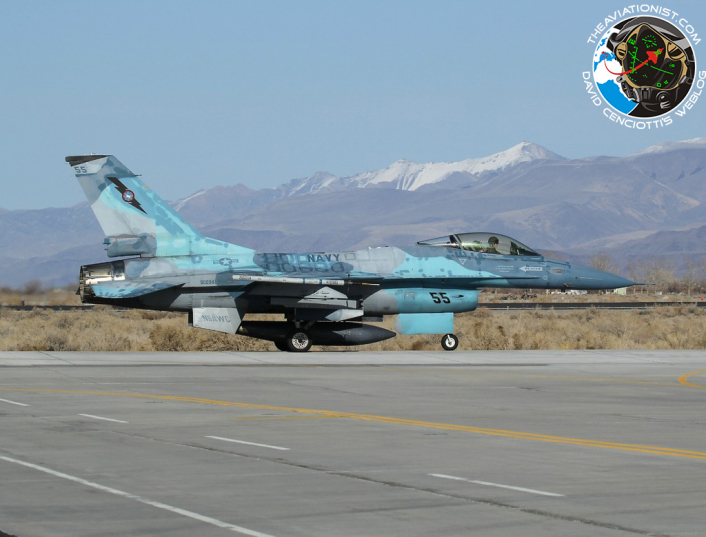 Most of the aircraft assigned to the NSAWC (Naval Strike and Air Warfare Center) – the U.S. Navy unit that since 1996 is responsible for TOPGUN courses, Strike University (Strike U), the Naval Strike Warfare Center, and TOPDOME (the Carrier Airborne Early Warning Weapons School) wears desert or Su-27-like color schemes to simulate the Russian or other enemy country’s “bandits” during missions flown to train other U.S. Navy squadrons. 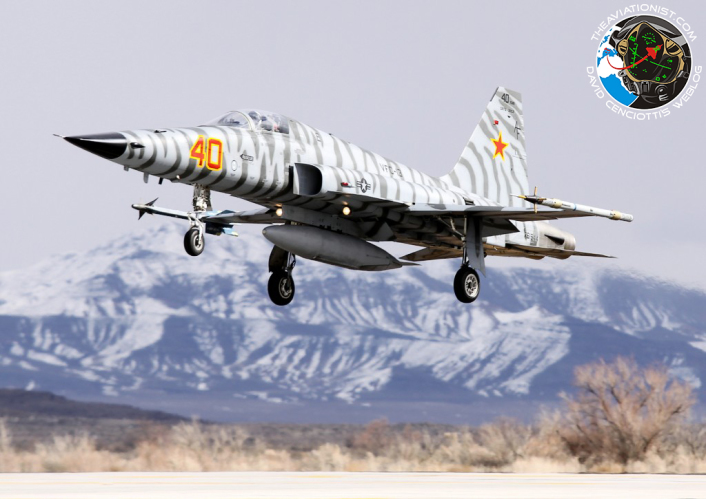 Noteworthy, there are also some F-5s with an overall color scheme inspired by Top Gun movie‘s fictional Mig-28.

The aerial target was shot down with an AIM-120C-7 AMRAAM during tests carried out by two F/A-18s at the Vidsel Range. In September 2018, the Swiss Air Force sent two of its Hornets, from Emmen, […]

Opening Night Crowds Pack Theaters: Tell the Aviationist, “It Was Worth the Wait”. “It was worth the wait!”. “Way better than the original”. “I thought it would never live up to the hype, but it […]