As already reported Russian Mig-29K fighter jets are going to operate from INS “Vikramaditya”, the carrier once part of the Soviet Navy, purchased by the Indian Navy in 2004.

The carrier is conducting its final operational tests, including day and night take off and landing practice by a Russian Mig-29K. 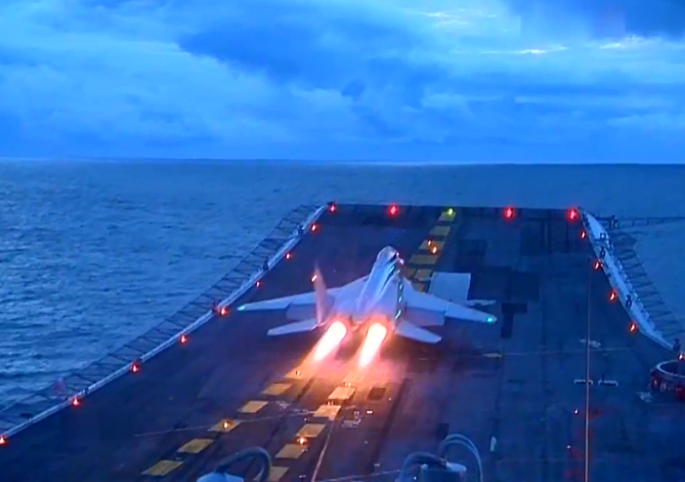 New images of the trials have been released, some of those are quite cool as the one showing the takeoff of the naval Fulcrum from the aircraft carrier at dusk taken from a camera located between the engines, on the tailhook.

They remind a famous scene of Top Gun shot from a flying F-14 Tomcat. 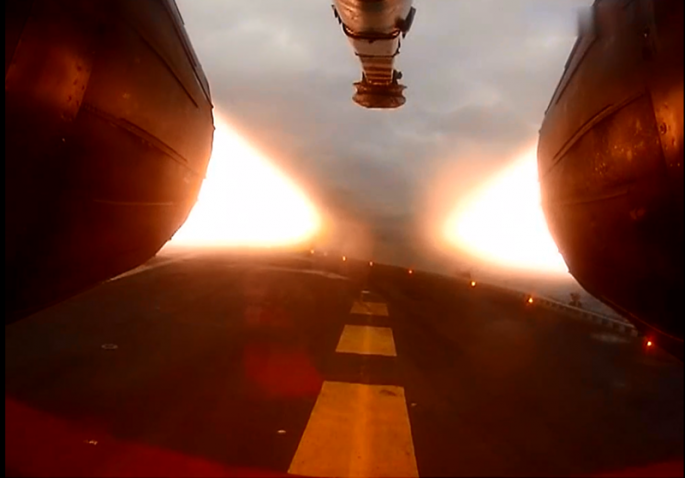 An F/A-18E Super Hornet completed the launch from a ski jump ramp during a demo at Naval Air Station Patuxent River, Maryland. Here’s the first image. Although the demonstration was carried out in August this […]

Few days ago we posted the first shot of China’s first Carrier Battle Group “built” around Liaoning aircraft carrier and characterized by many weaknesses. On Jan. 5, the Indian Navy released some shots of its […]