On Oct. 5, a flight of (at least four) F-15E Strike Eagle aircraft with 366th Fighter Wing returned to Mountain Home Air Force Base, Idaho, after being deployed to an “undisclosed location” in Southwest Asia.

As already explained, that location is most probably Djibouti, from where an F-15E contingent has been (covertly) operating for more than 10 years in support of Combined Joint Task Force – Horn of Africa as an Expeditionary Squadron of the 380th Expeditionary Operations Group, based at Al Dhafra, in the United Arab Emirates. 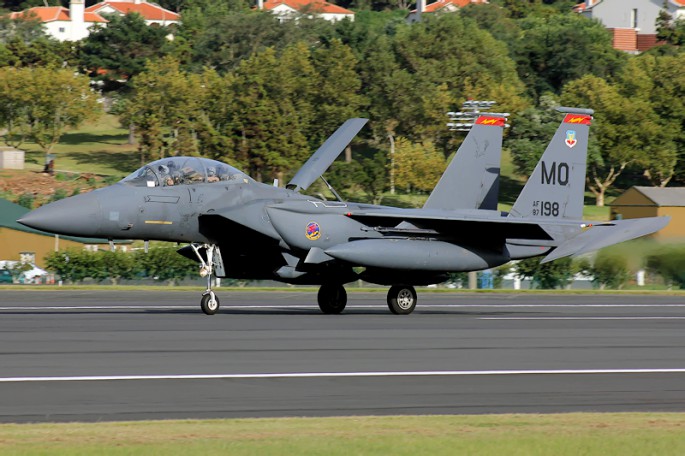 On their way back to the CONUS, the F-15E Strike Eagle made a stopover at Lajes Field in the Azores, where they were photographed by The Aviationist’s contributor André Inácio. 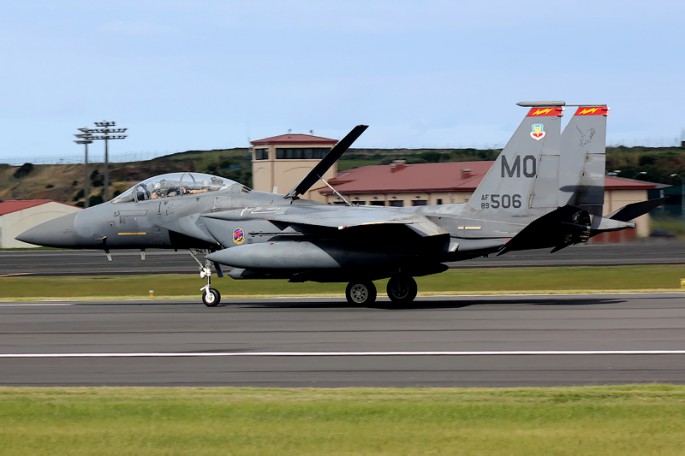 The risky business of being a “Wild Weasel” pilot. Born in response to LWF (Light Weight Fighter) program, to meet the U.S. Air Force need for a small and agile fighter, the F-16 Viper has […]

Flyover filmed from from a Robinson R44 Helicopter equipped with a gyro stabilized camera system. The footage below was filmed on Sept. 26, as a formation of four aircraft, two F-35s and two F-16s, belonging […]