Between Sept. 24 and 27, 12 A-10Cs made a stopover at Lajes Field, Azores, on their way to Bagram airfield, in Afghanistan.

As usual, the planes used their 600-gallon fuel tank, an external fuel store that will probably be flown in a combat environment: currently, the A-10 doesn’t carry any fuel tank in combat but tests have been conducted recently to expand the fuel carriage limits and use the centerline tank to allow the attack plane to perform longer combat sorties limiting the number of air-to-air refuelings. 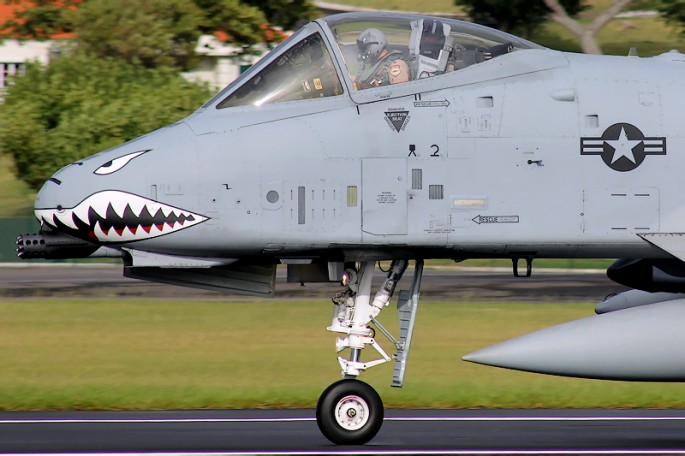 Thirteen A-10C Warthogs make surprise visit to Decimomannu airbase, Italy, on their way back to the U.S.

“The owl”, is the name given to the STRIX-C, the small tactical remotely piloted aircraft (RPV) that the provides surveillance of the base in Afghanistan that hosts the 2,500 men and women of the multinational […]