Two Typhoon fighter jets on delivery to the Royal Saudi Air Force made a quick stopover in Malta International Airport.

The pair of two-seater aircraft, carrying both the Saudi codes “319” and “320” and the UK ones “ZK088” and “ZK089” arrived at Luqa on Sept. 5 and departed on Sept. 6 for Akrotiri, Cyprus (where probably someone may have mistaken them for British Typhoons deploying to the the island strategically located about 200 km off Syria to strengthen the RAF presence there).

The images of the two brand new planes arriving and departing from Malta were taken by The Aviationist’s contributor, photographer Estelle Calleja. 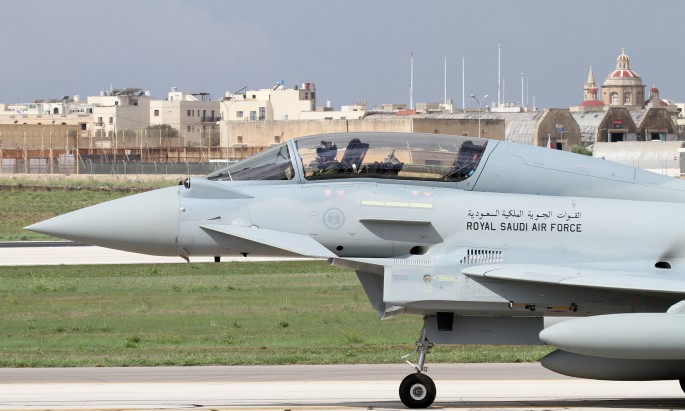 Here are all the Royal Saudi Air Force Special Colors That Celebrate The 89th Anniversary of The Kingdom.

On Sept. 17, a quite rare visitor made an appearance at Malta International Airport: a Venezuelan Air Force Shaanxi Y-8F-200. Wearing new special markings on tail promoting the “Bolivarian Alliance for the People of Our […]