On Aug. 17, the Indonesian Air Force staged an interesting flypast over Jakarta to celebrate the 68th anniversary of Indonesia’s independence.

Eight Su-27/30 fighter jets belonging to the 11 Sqn (Skadron Udara) and six F-16s from 3 Sqn deployed to the Jakarta Halim Perdanakusuma international airport to take part in the rehearsals and the final flypast over the State Palace in Indonesia’s capital town. 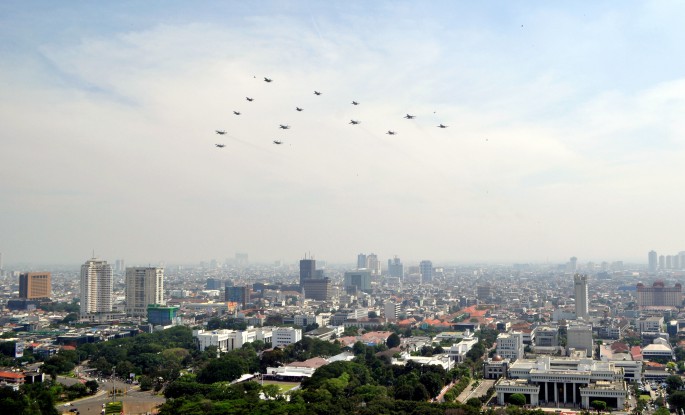 The images in this post, showing the (once top secret) Sukhois were taken by Roland Adrie. 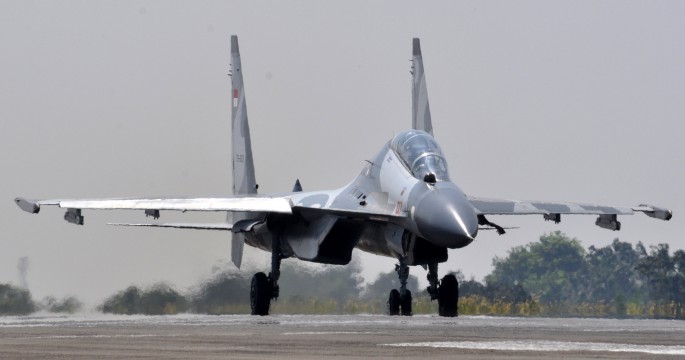 H/T to Emiliano Guerra for the heads-up

According to Indian media an air exercise held ten years ago “highlighted the innovativeness of Indian fighter pilots, the impact of Russian jets and the potentially fatal limitations in USAF pilot training.” Held at the […]

Russia’s newest multirole fighter jets have been using NATO ships in the Black Sea to practice attack scenarios. Russian Su-30s and Su-24s aircraft from Russia’s Black Sea Fleet based in Crimea have been conducting attack […]