Even if the remote south’s illegal traffic, smuggling and mass jail breakouts have become a Libyan Government concern, the sea routes to the oil ports remain Tripoli’s main asset.

For this reason Free Libyan Air Force (FLAF) Mig-21s conduct frequent reconnaissance missions along the coast and over the Gulf of Sidra to detect suspicious ships, as the one during which the images in this post were taken.

Noteworthy, the aircraft in the photographs are unarmed, however, according to the FLAF FB page: “The Air Force is ready to carry out orders to bomb any target approaching the maritime and territorial waters, especially oil ports.” 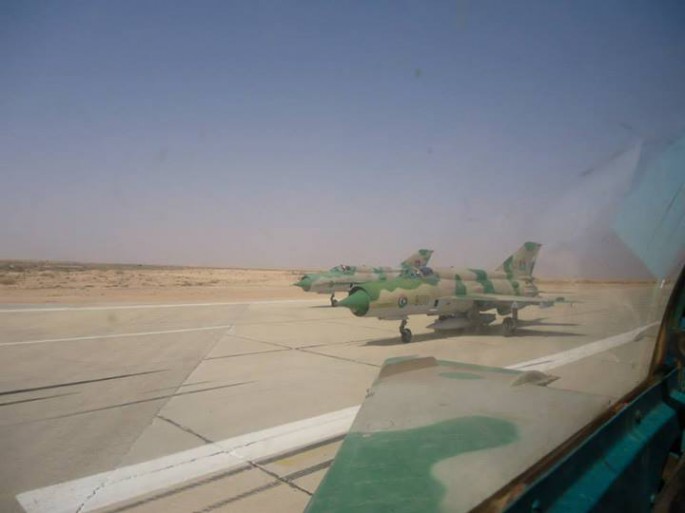 “You are about to see the largest aerial campaign in Libyan history in the coming hours,” Haftar’s air force chief Saqr al-Jaroushi said in a statement. At least “six Mig-29 Fulcrum and two Sukhoi Su-24 […]