Although their presence over there is not a secret (since it was announced about 10 years ago and you can see some by simply pointing Google Earth on Djibouti International Airport, as done in this interesting OSGEOINT analysis) what’s still unclear is what eight U.S. F-15Es are currently doing in the Horn of Africa.

They are reportedly serving in support of Combined Joint Task Force – Horn of Africa, as an Expeditionary Squadron of the 380th Expeditionary Operations Group, based at Al Dhafra, in the United Arab Emirates, and responsible for the “war on terror” in the region, but what’s their actual mission remains a (sort-of) mystery.

Little information can be found on official sources: among the press releases of the Task Force you will only find a news about the change of command that took place on May 6. It confirms what we already know: previous detachment was provided by the U.S. Air Force in Europe’s  48th Fighter Wing through the 492nd Expeditionary Fighter Squadron, from RAF Lakenheath in the UK, and the new one, the 336th Expeditionary Fighter Squadron, is provided by the 4th FW from Seymour Jonhnson AFB, NC.

By the way, the Strike Eagles recently spotted at Moron airbase, Spain, were on their ferry flight to Camp Lemonnier and not to Afghanistan (as initially believed). 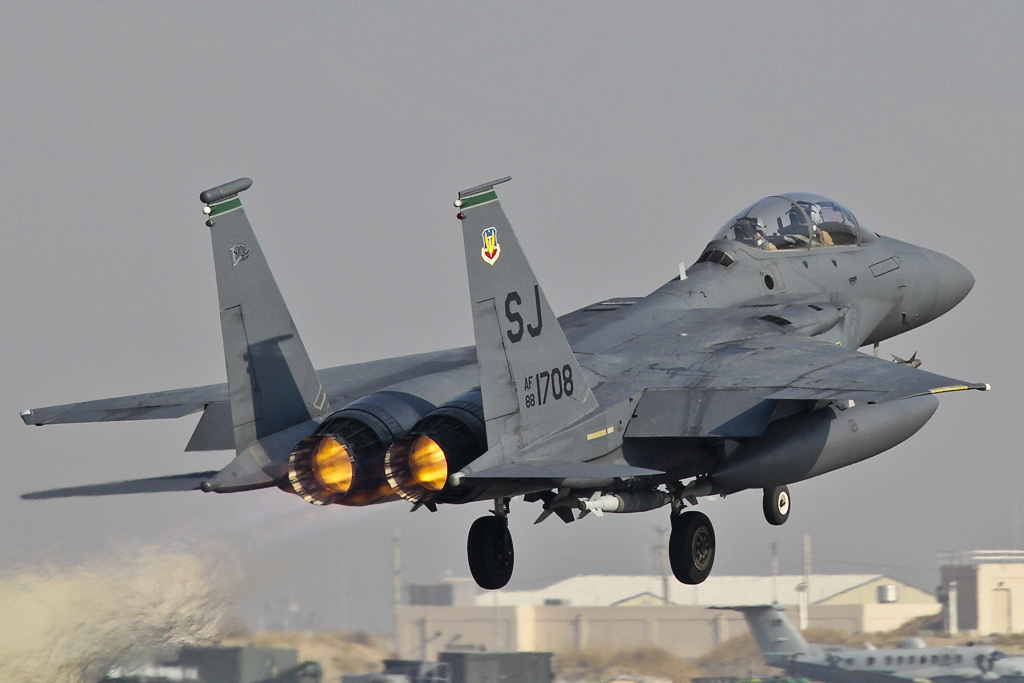 Even if the American military presence across the world is usually very well advertised, the U.S. keep a low profile on the operations launched by the Air Force’s Strike Eagles from Eastern Africa.

The reason for such prudence maybe that, along with the Reaper drones, even the F-15Es are conducting air strikes in Yemen (and Somalia).

Indeed, counter terrorism operations with attacks aimed at Al Qaeda in the Arabian Peninsula, including drone strikes but also naval bombardments, cruise missiles and air strikes, have increased a lot in the last years: the most recent air strikes brought the 2012 total to more than 15, about as many in the previous 10 years combined.

Some of the air strikes in Yemen were reportedly launched with the support of warplanes believed to be Yemeni Air Force ones. But there are also chances that U.S. conventional planes have been involved in air-to-surface operations officially or unofficially credited to the Yemeni government.

As happened on Mar. 11, 2012, when local residents reported that planes bombarded the town and a senior Yemeni official confirmed the U.S. inolvement by saying that “The U.S. did not inform us on the attacks. We only knew about this after the U.S. attacked” to the CNN; or on Mar. 18, when an air strike was claimed by the Yemeni government, even if the local Air Force was unable to launch an aerial bombardment as most of its personnel was on strike.

Air strikes with conventional planes are considered less respectful of the local nation’s sovereignity than drones’ attacks and this could be the reason for keeping the eventual F-15E involvement in the area a bit confidential.

Robots can silently fly for several hours and use their few missiles/bombs when needed. That’s why drones are the weapon of choice to fight Qaeda in Yemen.

However, when you need to quickly reach a distant target and hit it with a considerable payload, you might find a Strike Eagle a better platform to undertake the task.

H/T to Guido Olimpio for providing some of the links you can find in the article. 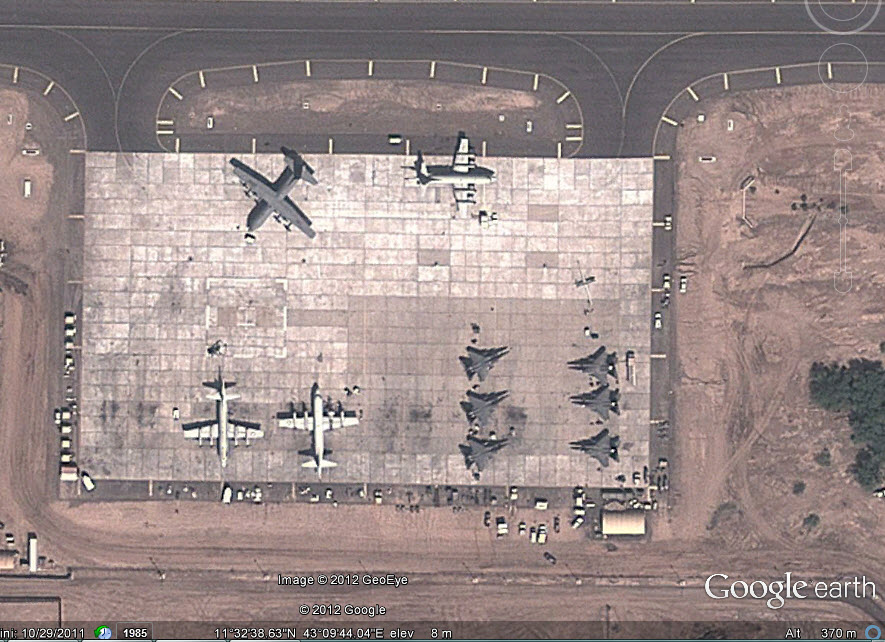 U.S. Air Force F-15E flying in the Mach Loop prove how maneuverable a Strike Eagle can be at low altitude and high speed. Low level flying is quite demanding because of the risk involved with […]

The video lets you experience what it’s like to fly the Strike Eagle from the pilot’s perspective. Last week, we celebrated the 50th anniversary of the F-15 Eagle, an aircraft that is undefeated in aerial […]

U.S. F-15C Eagle jets belonging to the 48th Fighter Wing from RAF Lakenheath, UK, are providing NATO Air Policing in the Baltics Area. The following footage shows US F-15C pilots “scrambling” for action at the […]