Fortunately, both the pilot and the WSO (Weapon Systems Officer) ejected safely and were later rescued with minor injuries.

Although the first news agencies reported that the combat plane crahsed during a “training mission”, according to our sources, the aircraft belonged to a “section” of Strike Eagles of the 366th FW from Mountain Home Air Force Base, in Idaho, flying as “Cube flight” to Bagram, the airfield that has recently hosted Obama’s Air Force One on a “surprise visit” to Afghanistan.

Indeed, even if the aircraft crashed in UAE, where six U.S. F-22 Raptor fighter aircraft are currently deployed, the 366th FW is not involved in any anti-Iran military build up in the Persian Gulf region: along with the other Strike Eagles, the doomed F-15E was on its way from CONUS to Afghanistan via Moron, Spain (where they landed on May 1) and Al Dhafra air base, UAE.

About a year ago, an F-15E was also the only U.S. Air Force loss in Libya. 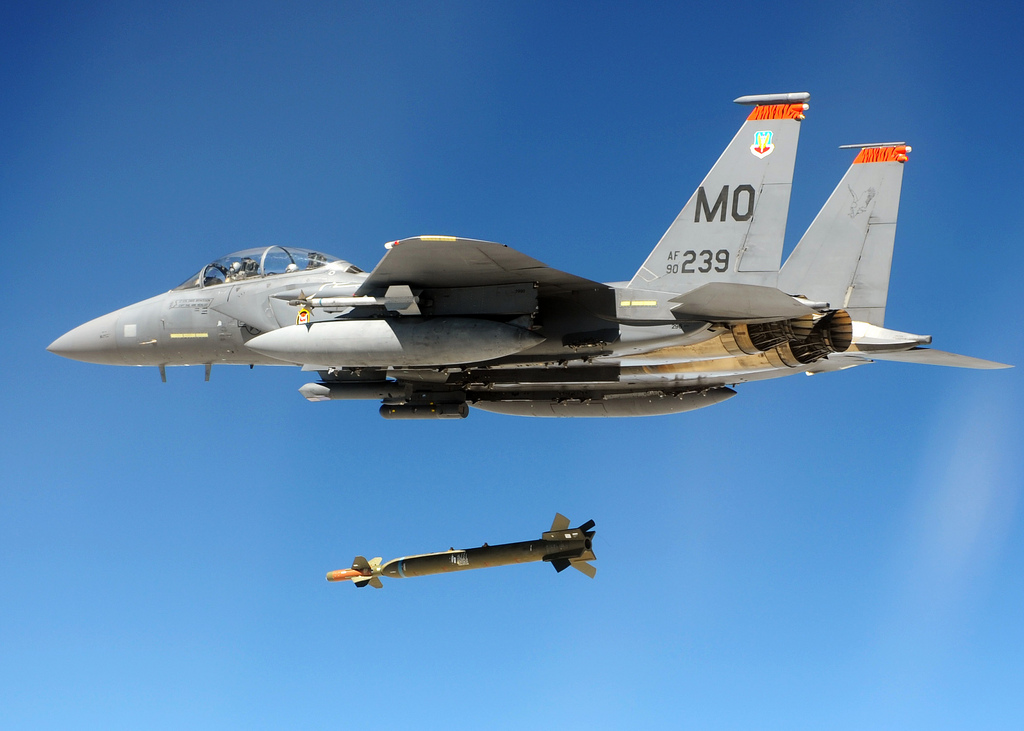 On Oct. 5, a flight of (at least four) F-15E Strike Eagle aircraft with 366th Fighter Wing returned to Mountain Home Air Force Base, Idaho, after being deployed to an “undisclosed location” in Southwest Asia. […]

Do you remember Iran’s mock Nimitz class flattop? Here’s what it was built for. On Feb. 25, a mock U.S. aircraft carrier, was destroyed by missiles launched by Iran’s Islamic Revolution Guards Corps missiles during […]

You don’t happen to see an aircraft carrying two dummy nuclear bombs very often. As we reported in July 2015, the U.S. Air Force is conducting a series of test drops, in Nevada, of the […]