Marine Fighter Attack Squadron 115, also known as the Silver Eagles, were on their way back to Marine Corps Air Station Beaufort, South Carolina, from a deployment to the Kingdom of Bahrain that had started on Mar. 4, 2013.

The aircraft, divided into two 6-ship cells and supported by two KC-10 Extender tanker aircraft, departed for their homebase on Oct. 3. 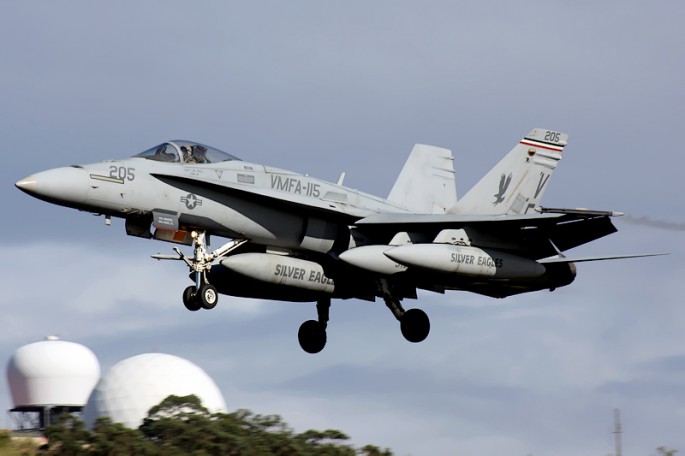 Six F-22 Raptor aircraft belonging to the 3rd Wing from Joint Base Elmendorf-Richardson have arrived at Lajes field, in the Azores on Sept. 27. The aircraft were deploying to an undisclosed location in the Middle […]