According to the information relased by the Sevmash, shipyard testing of the refurbished Russian-made aircraft carrier flight deck with the participation of MiG-29K aircraft is to start in the following couple of days.

The new carrier, named Vikramaditya made it to the sea on Jul. 3 2013 in order to start the tests on the waters of White Sea. Indian and Russian Navy representatives are monitoring the process.

The carrier houses about 1,700 people now.

The carrier dates back to 1987, when under the name of Baku it was a part of the Soviet Navy. In 1996, it was decommisioned and the Indian Navy purchased the vessel in 2004 at an aggregate price of $2,35 billion. 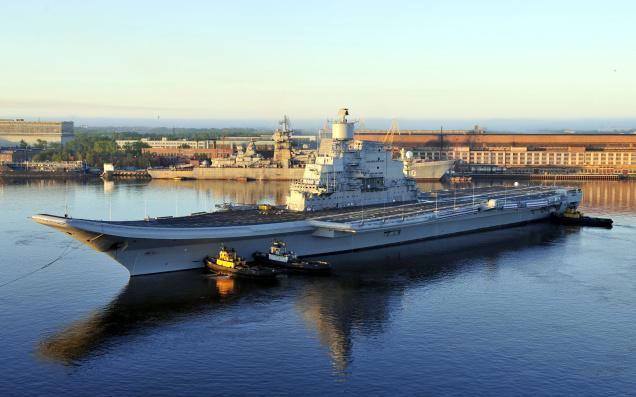 The INS Vikramaditya is to be operated by the Indian Navy, with embarked MiG-29K fighters.

The testing the ship currently undergoes involves radio comms and ATSK systems (specific systems that allow the planes to operate from the aircraft carrier). Additionally, the hazardous zones on the carrier deck have been marked.

Nonetheless the above tests seem insignificant in the light of the most important trial. According to defence24.pl during the night between Jul. 27 and 28 the vessel achieved its top speed of 29 knots specified in the tech requirements, even exceeding the target value by 0,2 knots.

She is still slightly slower than most of the American Nimitz class supercarriers. They are claimed to exceed the speed of 30 knots.

From the incomplete data above we may extrapolate that the announcement of the imminent flight ops means the testing was successful and it was given a general approval.

Here is a nice compilation of Fulcrum flight deck operations. In 2013, Russian Mig-29K fighter jets performed testing aboard Indian Navy aircraft carrier INS “Vikramaditya”. The “new” aircraft carrier dates back to 1987, when it […]