According to various media outlets the negotiations between Russia and Serbia are in a process.

Serbians wants to upgrade their armed forces defense capabilities by buying S-300 missile systems along with MiG-29 fighters in a “stealth” variant.

Serbia is not the sole country that seeks ways to update their Fulcrums as the Polish MiGs are also undergoing an upgrade program.

The MiG-29 fighters are to be purchased in their newest variant, M2. According to the MiG CEO, Viktor Korotkov, the plane is to feature composite airframe along with RAM (Radar Absorbent Material) coating, which both contribute for a diminished radar echo.

Besides that, the airplane features modern avionics, that is able to integrate both Russian and Western armament.

The price tag is significantly lower than the one on the Western designs. Still, the price of 6 airframes would be about 150 million USD.

What is more the training process would  be much easier, as the Serbian pilots are already familiar with the Fulcrum. 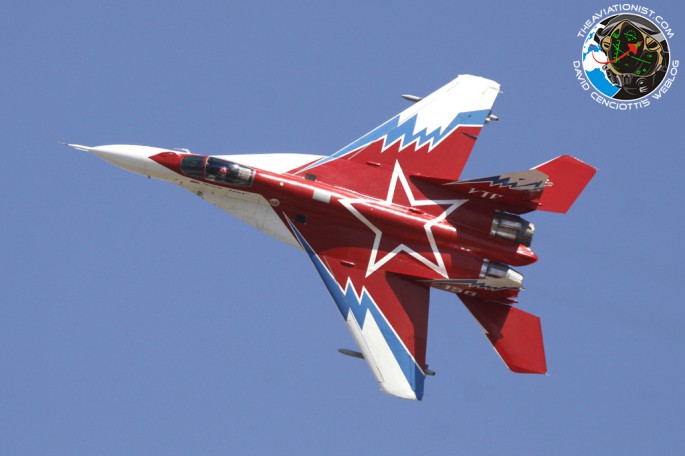 M2 is one of the export versions of MiG-35 that was initially designed for the Indian Air Force (that selected the Rafale for its MMRCA requirement). Thrust vectoring, as that of the Mig-29OVT is believed to be offered on customers’ request.

What is interesting is the fact that the Russian Air Force contract to buy MiG-35 was delayed synchronically with the Serbian contract being negotiated even if, according to various media outlets, Serbians intend to buy only 6 airframes (whereas the Russians had planned to buy 37 aircraft).

Option of extending the contract with 6 further airplanes later is also considered.

Earlier this year, in May, First Deputy Prime Minister and Defense Minister Aleksandar Vucic said that Serbians are to buy the aircraft and pay the money back in separate installments. It was said that the costs will depend on the final shape of the avionics, weapon systems and the volume of spare parts that would come together with the MiGs.

During the meetings in May, Serbian PM Ivica Dacic said that the  Serbian army needs advanced vehicles, weapons and equipment. Also during the May meetings it was stated that industrial cooperation between Serbia and Russia might also start in the field of armored vehicles.

At the time of the negotiations modernization and maitenance of the Serbian MiG-21s was also considered as an option.

Sabers Rattle as New Round of Brinkmanship Appears to Unfold Off Syrian Coast.

Syrian Situation Update The U.S. administration has suggested there may be an impending military response to the claims of a chemical attack on the Syrian city of Douma on Saturday, April 7, 2018. Over 500 […]

The Russian supersonic bomber was attempting landing in bad weather. Here’s the footage. As already reported, a Russian Air Force Tu-22M3 crashed at Olenegorsk airbase, in the Murmansk region, on Jan. 22, 2019. The heavy […]