The Chinese national aerobatic team, named August 1st (after the date of the founding of the People’s Liberation Army Air Force) is to be the highlight on the MAKS 2013 air show in Moscow on Aug. 27.

The team was established 51 years ago; over the years pilots have performed for 668 delegations from 166 countries and regions. However, the Moscow tour will be the team’s first show abroad.

According to the official sources the debut is to strenghten the international ties between Russia and China – in this way the team’s visit to Moscow has a largely political dimension.

The Chinese team initially used J-5 fighters, which were homebuilt MiG-17s. Nonetheless in order to fully showcase the developments in the Chinese aviation, domestic third gen. J-10 fighters in a version that has no armament, equip the display team based at Yangcun Air Force Base (Meichong) near Tianjin.

The home debut of the J-10s took place during the 7th China International Aviation and Aerospace Exhibition, back in 2008. 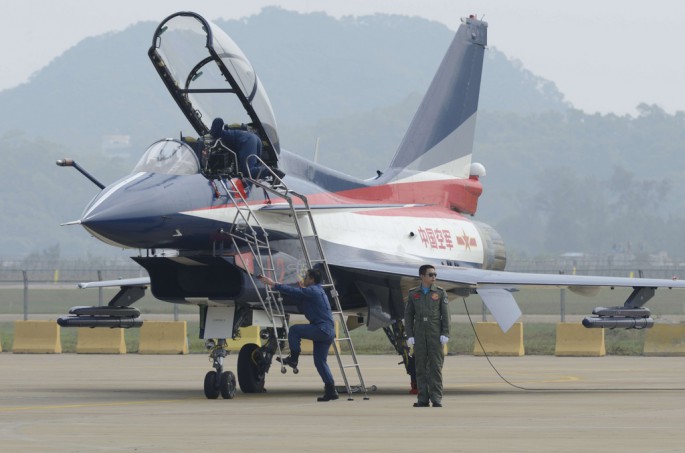 Some interesting footage shows the Russians are not only launching air strikes from Iran… On Aug. 19, at around 10:55LT in the morning, the Zeliony Dol and Serpukhov small-sized missile ships of the Black Sea […]

The Iranian regime is once again trying to procure the Russian made S-300 air defense missiles, even after they had claimed that their Islamic revolutionary engineers could manufacture the S-300 system in Iran without any […]

The video shows the fighter unsuccessfully firing its gun at the helicopter, which however was later reportedly shot down off-camera with an air-to-air missile. A short video recently made the rounds on Telegram, showing what […]