The mothership plane, a former Air Force bird serialled 61-0025, was based at Edwards Air Force Base, on California, where it replaced the former B model, that was involved in some of the most significant endeavours in aerospace history.

The aircraft had to takeover the captive carry mission after the famous NASA #008 B-52B was retired. However, a refocus towards space programs diminished the budget for aeronautical programs and it was decided that NASA’s B-52 would be returned to the USAF: it flew for the last time from Dryden on May 9, 2008.

Whilst you can find many official and unofficial images of the NASA’s Stratofortress online, you won’t find any showing the all-white, civilian B-52 taking fuel from an aerial refueler, because air-to-air refueling (AAR) was not needed by NASA during its tests.

Still, the images in this post (H/T to Team Stratofortress for finding them) prove that some plugs with an Air Force KC-135 refueler were conducted every now and then, most probably to keep aircrew’s currencies even if there was no actual need to launch the Administration’s mothership on round-the-globe round trip missions. 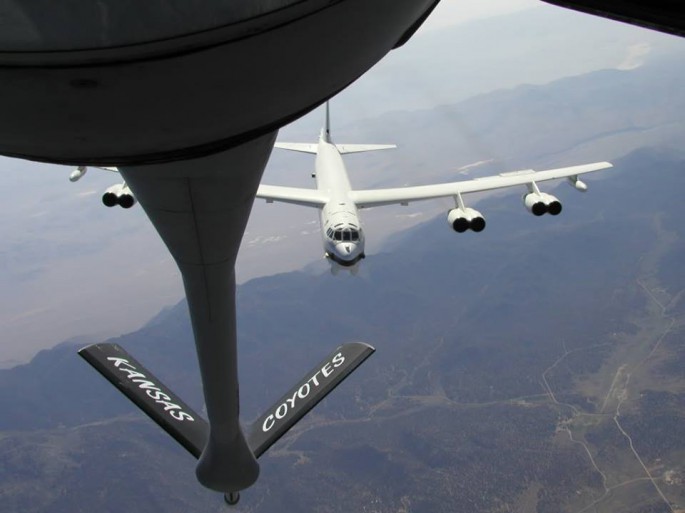 OTD in 1947, Chuck Yeager Became The First Pilot To “Break” The Sound Barrier

The photos show the F-22A Raptor stealth aircraft during everyday activities over the Mojave Desert. As you may know, Edwards Air Force Base is the second largest base in the U.S. Air Force and the […]