It looks like some of North Korea‘s Il-76 cargo planes have been militarized and given an interesting camouflaged color scheme.

The image showing the Il-76TD the military camo (the first and, probably, only so far), whose source is unclear, was posted on El Hangar de TJ website.

Since Air Koryo operates three of these Soviet-made aircraft to carry cargo in China and Russia (provided all the examples ordered at the beginning of the 1990s are still serviceable), it is safe to believe the one depicted in the photograph is a civilian one belonging to the state-owned national flag carrier airline of North Korea. 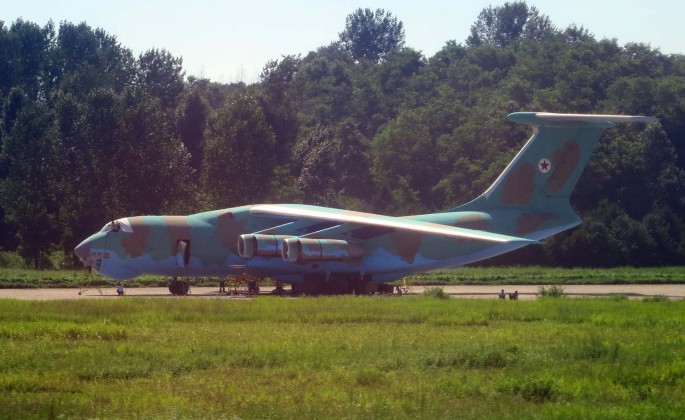 During the recent flying parade over Pyongyang on Jul. 27, some Hughes 500E helicopters, armed with AT-3 Sagger missiles, emerged after 30 years in the dark.

These choppers were intended to infiltrate North Korean special forces into the South in case of war.

The presentation was held during the celebrations of the 71st Armed Forces Day and the 70th anniversary of ROKAF (Republic Of Korea Air Force), one day before North Korea carried out possible submarine-launched ballistic missile. […]