On Sunday Aug. 17, pro-Russia separatists have shot down another Ukrainian Air Force Mig-29 Fulcrum in East Ukraine. The aircraft has been identified as “White 53”.

This is the second Ukrainian Mig–29 assigned 40th Tactical Aviation Bde, Vasylkiv AFB, shot down in the last weeks: another Fulcrum, identified as “Blue 02” was downed on Aug. 7.

According to the spokesman for Kiev’s military operation Leonid Matyukhin, who spoke to Ukrainian Channel 5, the pilot ejected and was taken to a safe place.

Indeed, images of the ejection seat, along with parts of the wreckage appeared on several Russian media outlets and forums. 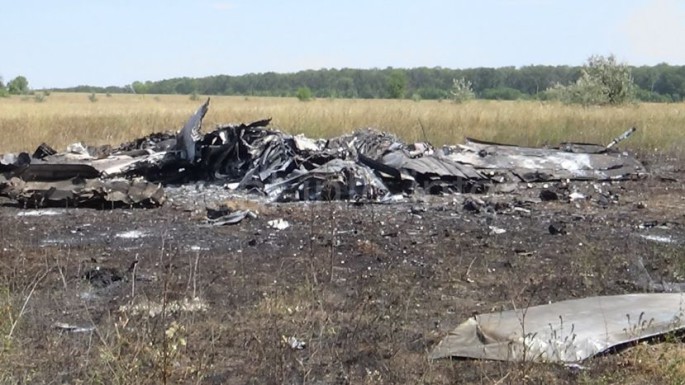 H/T to Babak Taghvee for posting the link to the images with some details about the plane on ACIG forum.

An awesome airshow. Along with an impressive line-up, what made Radom Airshow 2015 interesting was the fact that it provided an overview of some of the weapons systems involved, in one way or another one, […]