A weird show of force was performed by the Ukrainian Air Force over Kramatorsk on Apr. 16: a fully armed Mig-29 Fulcrum overflew pro-Russia separatist blocking rails at very low altitude. But, interestingly, the aircraft sported a high-visibility, white, yellow and light blue livery: the one of the Ukrainian Falcons, the UkAF aerobatic display team.

Here’s a video of the improvised “airshow”:

On Apr. 15, the unconfirmed news that a Ukrainian Su-27 supporting a special operation in Kramatorsk was shot down circulated for some hours. 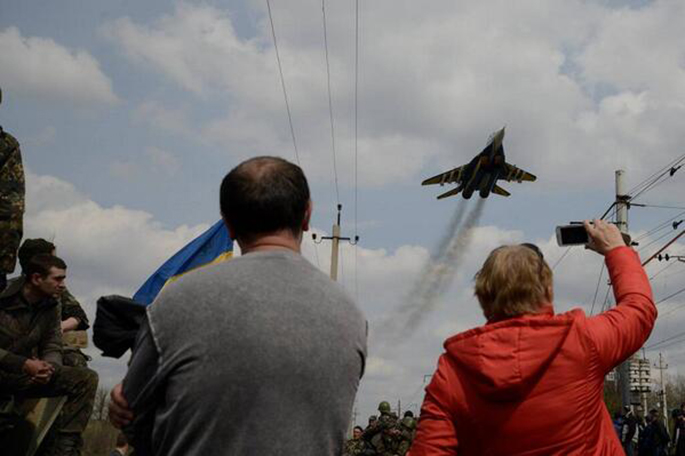 A radar that is able to track targets at ranges of over 3,000 km has been activated within the Russian air defense system on Dec. 2, 2013. The Kolkino radar station, using the first modernized […]