One Su-27 Flanker aircraft supporting a special operation to regain control on a military airfield taken from pro-Moscow separatists was reportedly shot down.

On Apr. 15, Ukrainian armed forces launched a special operation to recapture the airport near the town of Kramatorsk, in the Russian speaking east, taken by pro-Moscow separatists.

Noteworthy, videos and photographs taken a Kramatorsk during the attack show the aircraft fully armed with live missiles. 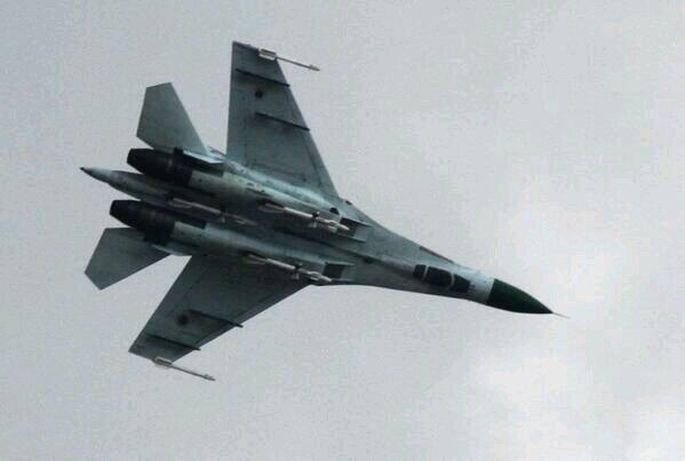 Here below is a footage showing a Su-27 circling at low altitude, relatively low speed, over Kramatorsk: a quite easy target for trained soldiers using MANPADS (Man Portable Air Defense Systems) or other Anti-Aircraft weaponry.

The news of the Su-27 shot down was spread along with a video allegedly showing the Su-27 (or generally speaking, a Ukrainian aircraft) being shot down even if that was actually footage shot in Syria last year.

NATO Baltic Air Policing mission is quite busy these days…. According to the Latvian military, on Oct. 28, the German Air Force Eurofighter jets on QRA (Quick Reaction Alert) at Amari, Estonia, to provide NATO […]

OSINT (Open Source Intelligence) analysis on social media platforms and flight tracking websites provides insights into the highly dynamic situation with many new details every minute. As it is being widely reported, Russia launched full […]