Although it’s in French language, the following video released by the French MoD is quite interesting as it shows the FAF C-135FR refueling ops from N’Djamena, Chad.

The French tanker are quite similar to the U.S. KC-135s. Still, the refueling boom is attached to a basket since FAF planes use the hose and drogue system and get the fuel through a probe.

The footage lets you see the Mirage 2000s and Rafale Air supporting Operation Serval being refueled on their way to the target area in northern Mali. 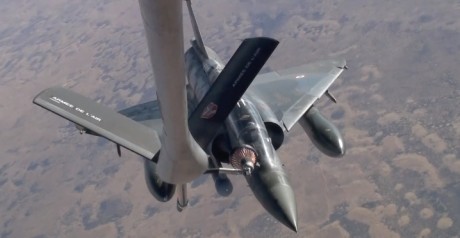 As happened in Libya, the Mali Air War is suffering from tanker shortage. Even if only a few combat planes are involved in the air strikes, the French Air Force is not equipped with a tanker force capable to sustain a limited amount of attack sorties.

That’s why the U.S. has dispatched some of its KC-135 from RAF Mildenhall and other nations have offered aerial refuelers.

The Italian Air Force has qualified both the French Mirage 2000, Mirage F1CR and Rafale jets as receivers for its Boeing KC-767 during a certification campaign at Mont-de-Marsan: the brand new tanker can now be dispatched to West Africa to support the French air campaign against rebels. 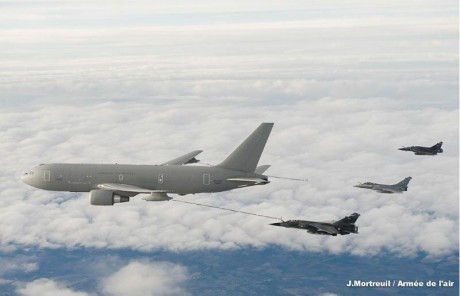 The long-awaited contract to supply Typhoon aircraft to Kuwait has been signed. On Apr. 5, the Kuwaiti MoD and Finmeccanica (the Italian aerospace company which leads commercial activities in Kuwait on behalf of the Eurofighter […]