Noteworthy, both aircraft were initially scheduled to depart Geilenkirchen heading back to Selfridge after the problem on the second tanker had been fixed. 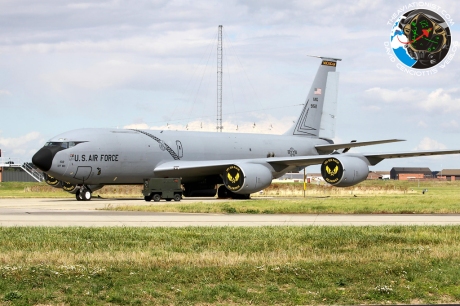 However, since most of the local-based 100th Air Refueling Wing Stratotankers are currently deployed abroad (it’s still unclear whether the Mildenhall tankers were detached to support the deployment of special operations planes that followed the Benghazi attack), the two aerial refuelers stopped over in the UK on their way back to strenghten the U.S. European tanker force and support some deployments across the Pond.

Indeed, on Sept. 18, both Michigan ANG KC-135s launched to refuel some B-1Bs over the Atlantic Ocean, one of the routine missions of the 100th ARW.

According to local spotters, only 59-1512 is still supporting Coronet deployments from RAF Mildenhall. 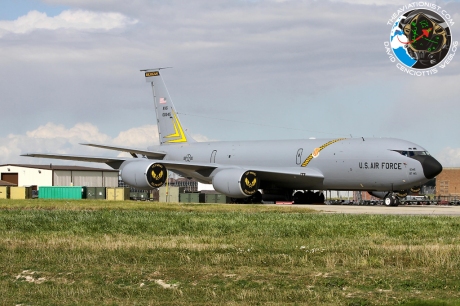 About David Cenciotti 4249 Articles
Website Facebook Twitter LinkedIn instagram
David Cenciotti is a freelance journalist based in Rome, Italy. He is the Founder and Editor of “The Aviationist”, one of the world’s most famous and read military aviation blogs. Since 1996, he has written for major worldwide magazines, including Air Forces Monthly, Combat Aircraft, and many others, covering aviation, defense, war, industry, intelligence, crime and cyberwar. He has reported from the U.S., Europe, Australia and Syria, and flown several combat planes with different air forces. He is a former 2nd Lt. of the Italian Air Force, a private pilot and a graduate in Computer Engineering. He has written four books.

The USAF WC-135C Constant Phoenix might be investigating a spike in radioactive levels in Norway. Someone speculates the release of this radionuclide could be the effect of a Russian nuclear test. On Feb. 17, 2017, […]