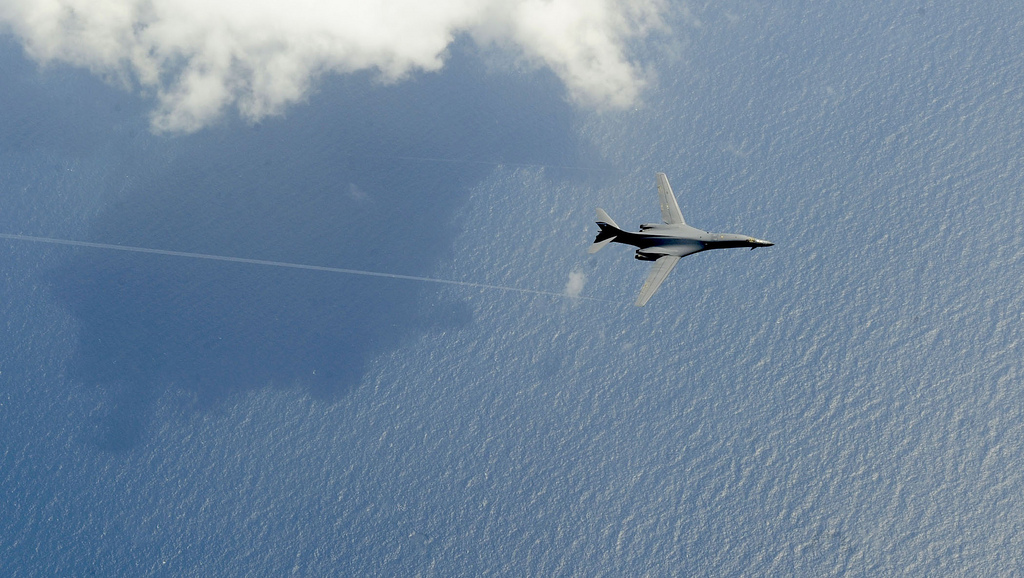 It shows a B-1B as it crosses the Atlantic Ocean on its way to Dyess Air Force Base, Texas. The aircraft (#85-0064) had taken off from RAF Mildenhall as “Rama 81 Heavy” along with Quid 63, an accompanying tanker of the local-based 100th Air Refueling Wing.

The “Bone” had arrived in the UK on Jul. 11, when an avionics failure forced the U.S. Air Force bomber to divert to Mildenhall.

Interestingly, on Jul. 31, the return trip to Dyess was delayed by another KC-135 that experienced an emergency during an air-to-air refueling sortie over Germany.

Here’s an audio file of RAMA 81 talking with Gander to coordinate a weather deviation and rendez vous with the tanker approaching the East Coast.

Ever happened to see a B-1 Lancer doing a double aileron roll? The B-1 “Lancer” supersonic swing-wing strategic bomber is a highly maneuverable video, as proved by this really interesting amazing video. It shows a […]

Take a seat in the cockpit of a B-1B Lancer (at low level, at night or doing an aileron roll) with this cool graduation video

Ever wondered what it looks like to be in the cockpit of a B-1 “Bone” doing an aileron roll? Low level flying, formation flying, night refueling, range activity and even a bit of aerobatics (yes, […]

On Jun. 29, 2012, Team Travis conducted a mass launch of 12 cargo planes to test the ability of the local Air Mobility Wing to safely and smoothly launch a large number of aircraft in […]