The following exclusive image was taken by The Aviationist’s photographer Tony Lovelock during a flight on the Colombian B-767 from Nellis Air Force Base. It shows two Colombian Air Force Kfirs joining the tanker left wing during a Red Flag 12-4 sortie.

Many more images about the last Red Flag and, in particular, about the Colombian Air Force detachment at Nellis will be published in the next days. 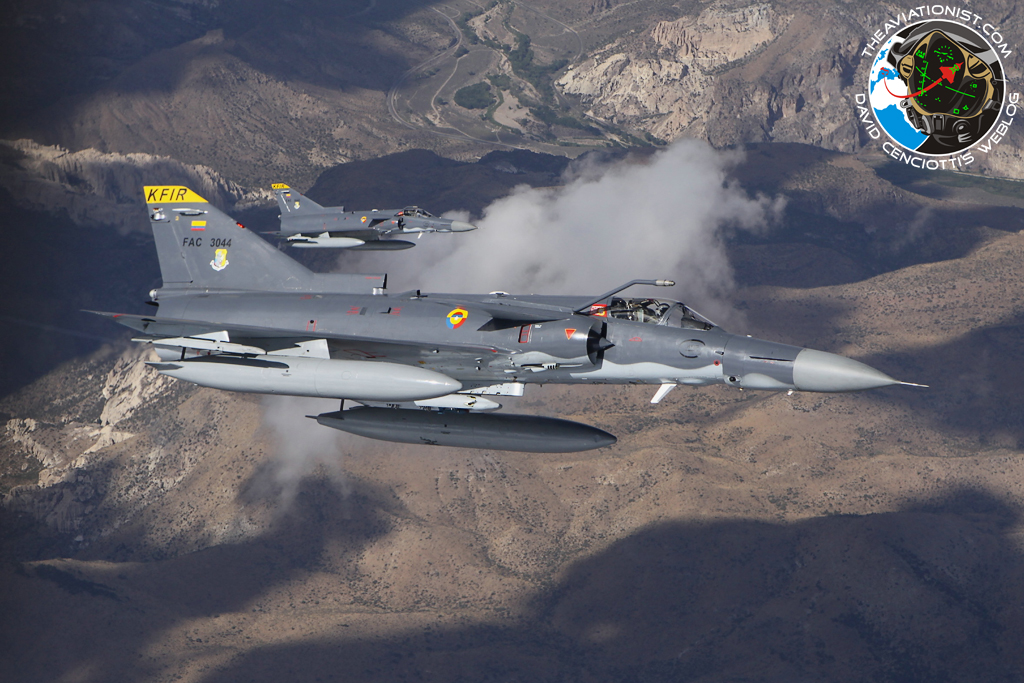 The unit, inactivated in September 2014 due to budget constraints imposed by sequestration, is going to “resurrect” and fly the 5th generation aircraft. On May 9, the U.S. Air Force announced the plan to reactivate […]