On Aug. 3, at 16.49 local time, a Royal Air Force Typhoon was scrambled for the second time since a No-Fly Zone was established, from RAF Northolt, North West London.

Eye witnesses stated that the fighter jet took off and performed a near vertical climb out from the base. Whilst the Typhoon thundered into the late afternoon skies a second taxied to the end of the runway as a spare.

The target aircraft was a Boeing 737 business jet, serial number N444HE, registered to Wells Fargo Bank, which was cruising at 36,000 feet, when the Typhoon arrived on its left hand side for visual identification and escort.

From the end of the runway to the wing of the target the Typhoon took only 3.5 minutes!

The fighter jet on QRA (Quick Reaction Alert) was scrambled after the B737 failed to respond to the Air Traffic Control calls on the radio.

After a few minutes the Typhoon broke away from the target and requested a bit of general handling to burn fuel before returning to RAF Northolt.

Serial Number of the RAF Typhoon involed is thought to be ZJ923. 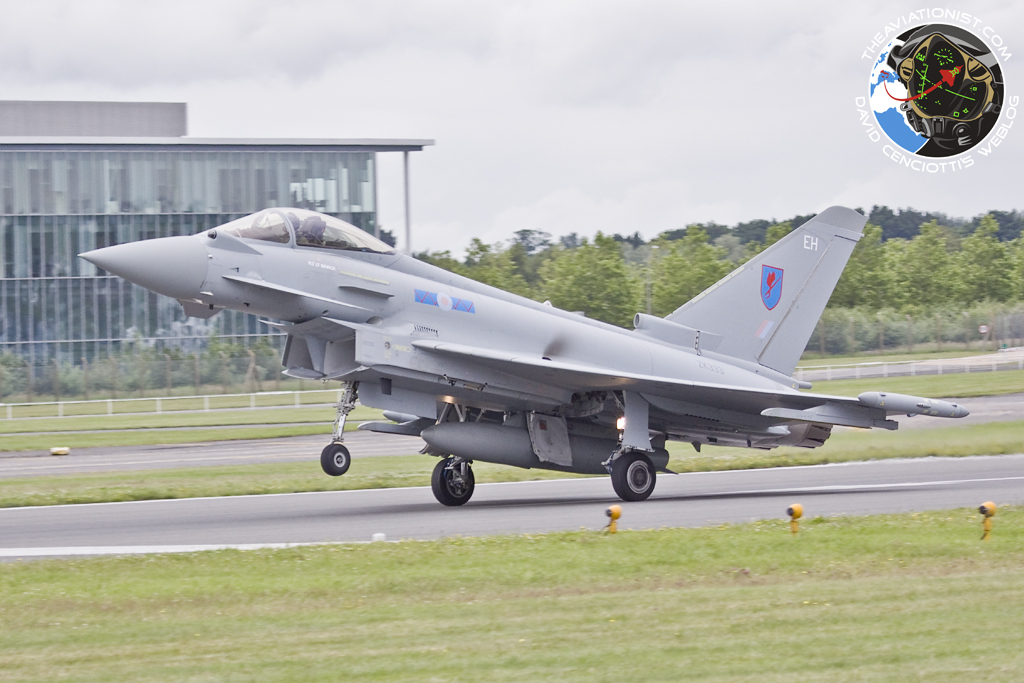 The quite unlikely Typhoon’s “Beast Mode” configuration might hint at a possible “missile/bomb truck” role in support of 5th and 6th gen. fighter aircraft. Last week the Eurofighter website published the latest edition of its […]

This is the first of two RAF Hercules C5 aircraft sold to Bahrain. Taken at Cambridge airport on Friday Oct. 26, by The Aviationist’s contributor Tony Lovelock, the image in this post shows a RBAF […]