According to a U.S. Air Force release, B-1B strategic bombers are receiving advanced hardware and software upgrades as part of the Sustainment-Block 16 program.

Within the upgrades foreseen in the Block 16, believed to give the U.S. Air Force “an entirely new aircraft”, there is also a new MIDS LVT-1 radio, that brings the B-1 into the Link-16 network, allowing the plane to send and receive text messages, imagery and mission assignments, allowing combat commanders the capability to send target sets directly to weapons onboard the B-1.

In this way, command and control assets will send the plane targets electronically, automatically linking into the aircraft system like some mobile phones do with V-cards (electronic business cards) received by means of SMS (Short Message Service), rather than manually entering the coordinates.

Quite soon three 337th Test and Evaluation Squadron aircraft will be modified with the new upgrades. Under the current plan, developmental testing for the entire Block 16 package is expected to begin in March 2013 while operational testing will take place in September 2013.

A recent upgrade package (worth 2 billion USD) brought a brand new email system on board the B-2 Spirit stealth bomber. 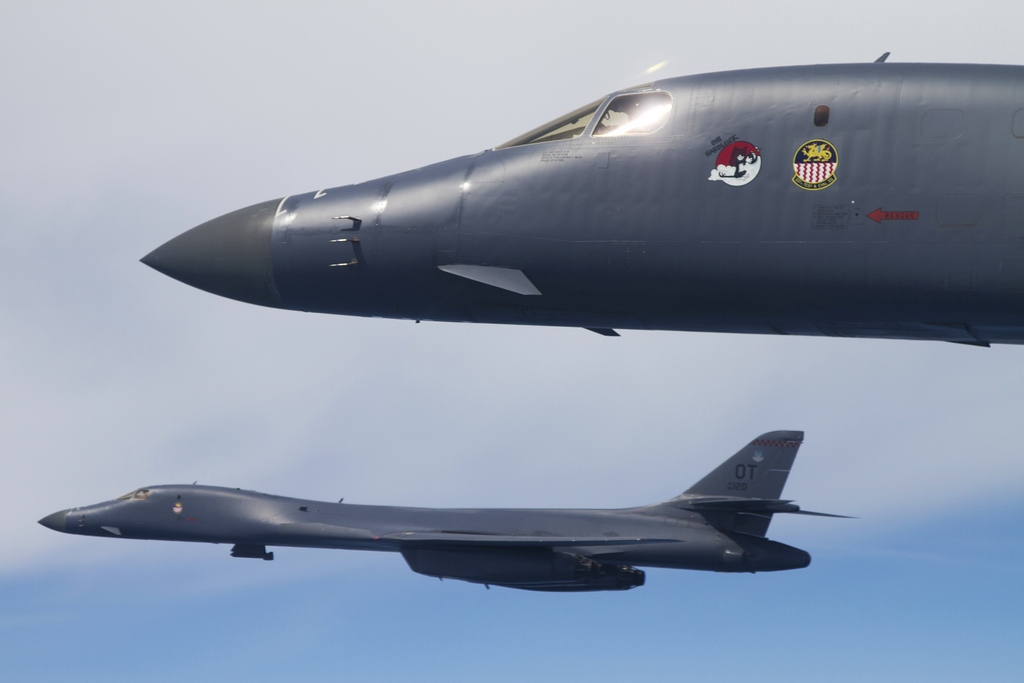 Another chapter of the "USAF Hangar Foam Party" saga.

How many C-130 Hercules can you count in this stunning Elephant Walk photo?