They were taken on May 14, in Jordan, during Exercise Eager Lion 12 a major strategic theater cooperation exercise, including 19 countries and more than 12,000 participants, focusing on irregular warfare, special operations, counterinsurgency and crisis response. 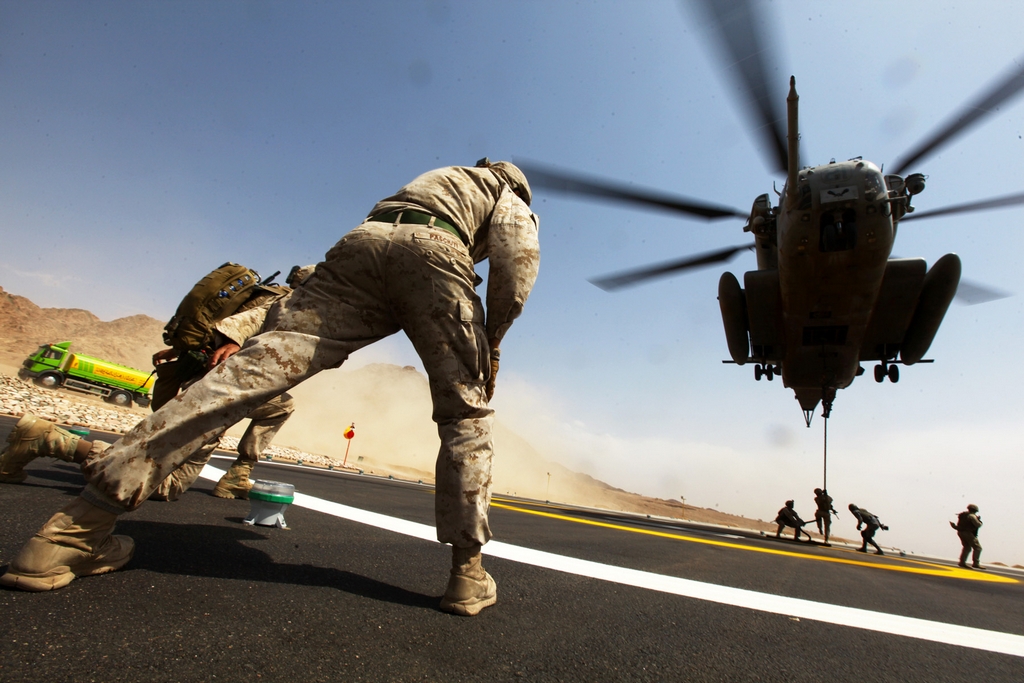 Fast-Rope Insertion Estraction System is a technique used for descending from a helicopter in places where the chopper can’t land or where it doesn’t need to for deploying troops quickly.

This technique was developed by the British during the Falklands War.

At least 10 helicopters were damaged in a sudden storm, resulting in 10 Class A ground mishaps. On July 26, 2022, a sudden storm struck Chambers Field, the military airport which serves Naval Station Norfolk, […]