Although North Korea’s most recent attempts to project an image of strength to the rest of the world have failed, the U.S. military is undoubtedly focusing on the Korean peninsula.

According to the news release, two B-52 Bombers from Anderson Air Force Base, Guam, took part in exercise Max Thunder 12-1 at Gwangji Air Base, Republic of Korea, on May 17, 2012.

The mighty bombers have already been involved in joint drills in the region, as happened in 2010, when they took part to Keen Sword in Japan. However, this is the first time the B-52s attend the largest Air Combat Command exercise in Korea.

Here’s an excerpt of the most interesting parts of the press release:

“Bringing the B-52 to Max Thunder is really great training for everyone,” said Capt. Seth Spidahl, Anderson Air Base B-52 pilot and liaison at Max Thunder. “A lot of the time we don’t get to integrate with other fighter aircraft.

The decision to integrate B-52s into MT 12-1 was decided just hours before their executed mission, Spidahl said.

“Normally we don’t plan from the exercise location but, since we don’t normally play in Max Thunder, it seemed appropriate,” he said.

During the exercise, the B-52s were tasked to bring approximately 40 percent of the weaponry to the fight and were instructed to hit roughly 85 percent of the planned targets for the mission.

The combined joint two-week exercise allowed the U. S. Air Force to work alongside the ROK Air Force through exercise scenarios simulating combined operations against a hostile force.

Therefore, after an “Elephant Walk” with sixty USAF and ROKAF F-16s at Kunsan Air Force Base (and a long-range exercise  involving B-1 bombers and troubled F-22 Raptors featuring the Block 3.1 upgrade to validate new strike tactics), the U.S. have once again decided to rely on the B-52, their most famous, combat proven and effective bomber, to impress Pyongyang. And maybe Beijing too. 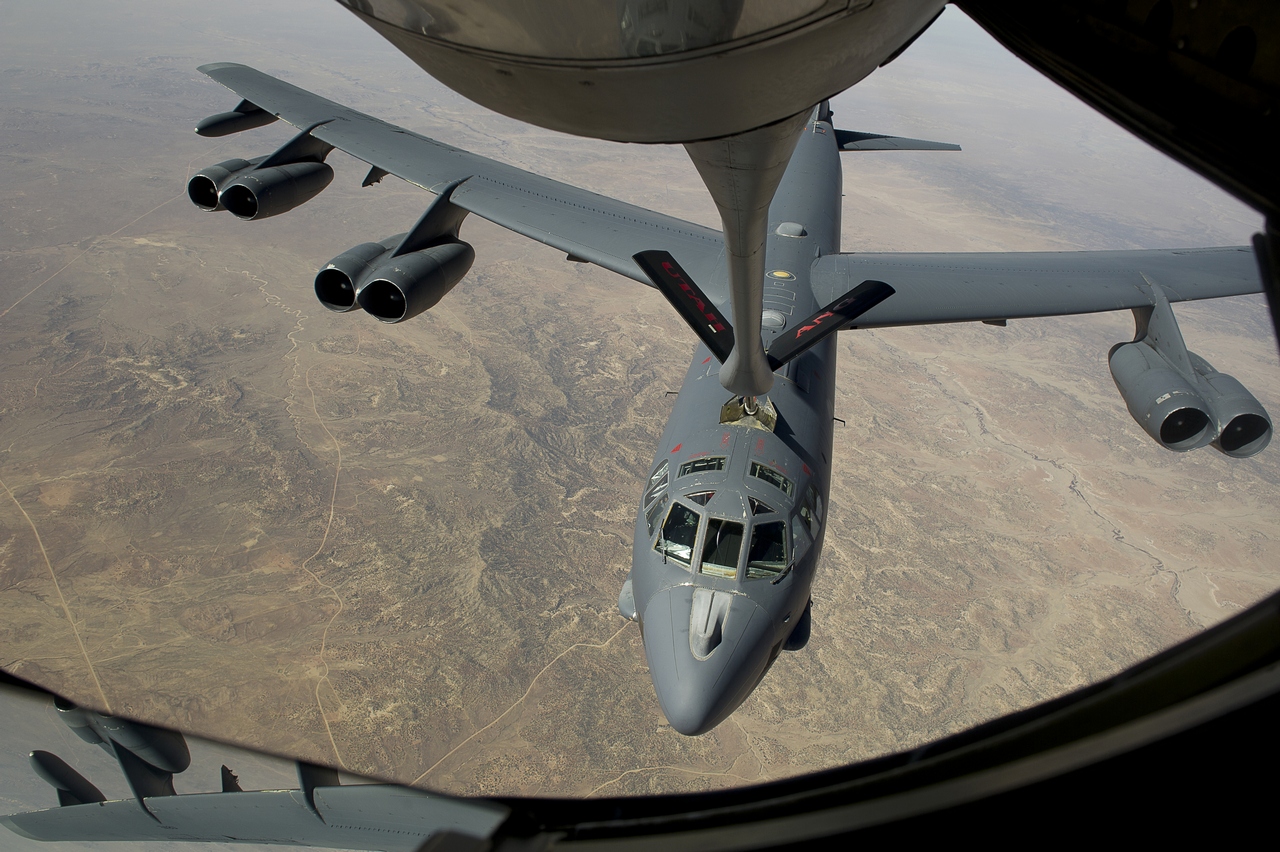 A Russian Su-27 Flanker Has Intercepted A U.S. B-52 Strategic Bomber Over The Baltic Sea

Even if the first flight of the upgraded bomber is still years away, we now know how it will look like after the largest modification program in its history. As we extensively reported, the B-52 […]