The following pictures were taken by Larry Titchenal, on Friday Apr. 27, 2012 during the practice day of the Fort Lauderdale Airshow, in Florida.

The first made a high-speed pass whereas the second made a slow pass. 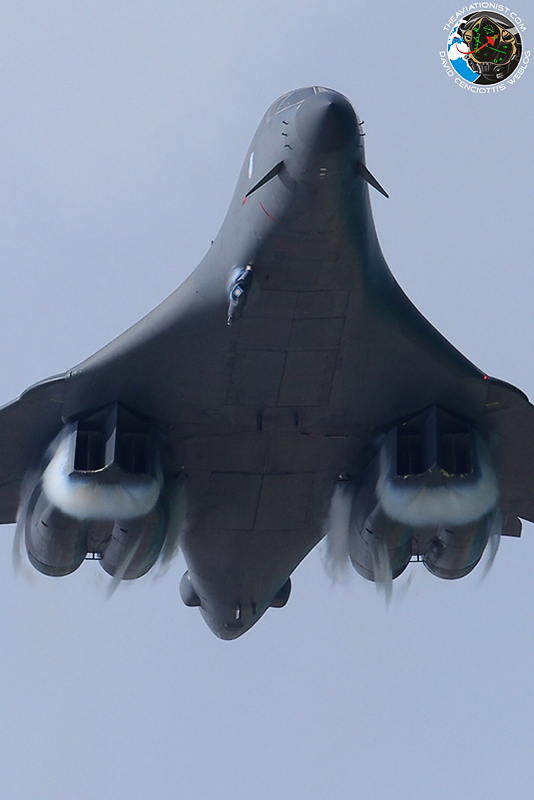 Due to the high speed, the fast pass generated some condensation clouds around the Lancer’s surfaces, engines, and Sniper Advanced Targeting pod. Such clouds are not visual effects of the so called “sonic boom”: when an aircraft flies at transonic speeds (around Mach 1.0), any of its convex parts (canopy, intakes, pod etc.) causes a rapid decrease of temperature and pressure with subsequent creation of the cloud.

The variation in temperature caused by the perturbation of the airflows is called Prandtl-Glauert Singularity.

On Mar. 27, 2011, two B-1Bs of the 28th BW took off from Ellsworth AFB on a Global Strike mission to strike Libyan military sites and air defense systems. That mission marked the first time the B-1 fleet has launched combat sorties from the continental United States to strike targets overseas.

More recently, the 28th BW’s “Bones” (from B-One) have been involved in long-range exercise “Chimichanga” alongside F-22 Raptors.