The following video, uploaded on Youtube on May 29, shows members of the Free Syria Army, using a gun mounted on a pick-up to target an overlying regime’s Mil Mi-8 helicopter, at Alatareb, northern Syria.

Something much weird of the anti-aircraft pick up was recently spotted in Homs, Syria. It’s a sort-of improvised Suzuki pickup converted into armored vehicle capable to open its way through barriers and sand bags, equipped with a Doshka machine gun.

Dubbed T-HOMS75 by the Zaman Al Wasl reporter that took the first pictures of it, the vehicle is operated by a crew three people (driver, gunner and assistant): the gunner stands behind the drivers cabine with the gun placed on top of it.

It is capable of a maximum speed of 80 km/h (due to the added weight) and gives protection against light and medium machine guns, allowing to move in places guarded by snipers. 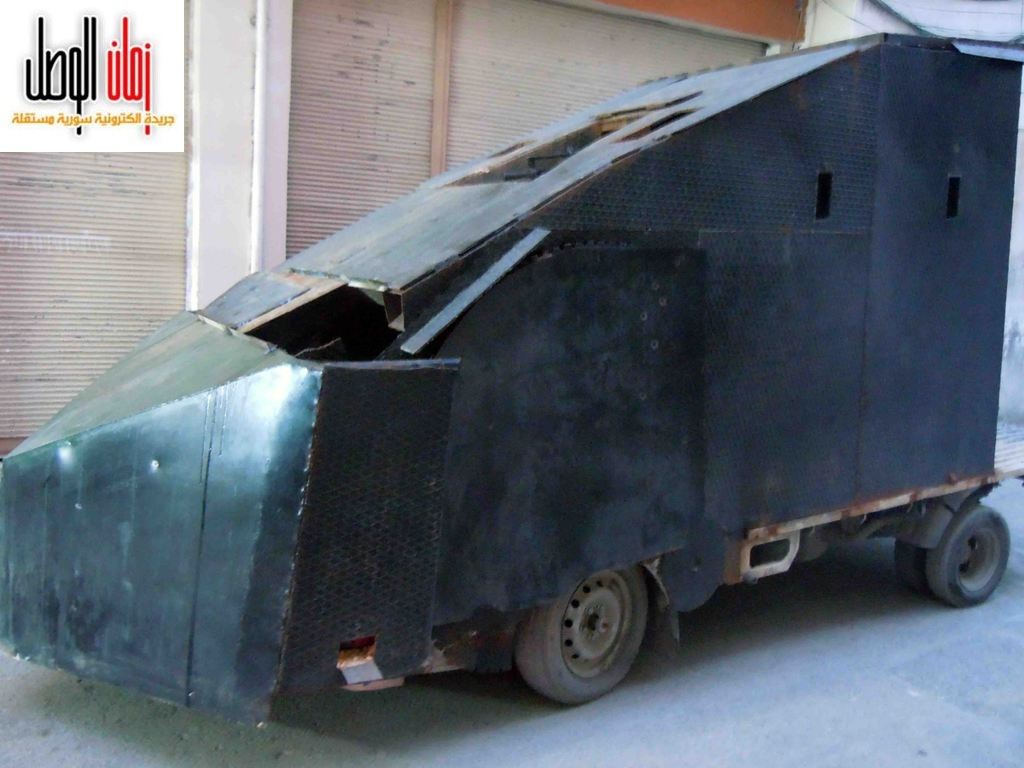 U.S. MH-60M Helicopter Used In Raid To Kill ISIS Leader in Syria Blown Up On The Ground By U.S. Forces

What we know about the U.S. Special Forces raid on al-Qurayshi in Syria and the MH-60M helicopter destroyed on the ground because it was “not going to be usable” for the return flight. U.S. President […]