Here’s the latest (unofficial) Order of Battle of the Mali Air War.

Dealing with the French contingent of Operation Serval:

After chartering a Volga Dnepr An-124 and an Il-76 with Belarus registration, the French have used an An-225 Mriya, world’s biggest airlifter, to carry troops and equipment from Istres, to Bamako. The first round trip saw the aircraft returning to Istres (possibly to be loaded again) on Jan. 24.

The U.S. DoD has been supporting the French operation with five C-17 Globemaster II cargo planes (the same kind of plane dispatched by the Royal Canadian Air Force and by the UK’s Royal Air Force). Actually, one of the American airlifters was spotted in Mauritania on Jan. 16, well before Washington officially stepped in.

Noteworthy, according to ACIG‘s Editor Tom Cooper, along with the unarmed RQ-1 and RQ-4B Global Hawk, the U.S. Air Force is currently flying weaponized MQ-1 Predator drones over Mali.

The Italian Air Force is sending two C-130J cargos, belonging to the 46^ Brigata Aerea from Pisa, and one Boeing KC-767A tanker, from the 14° Stormo at Pratica di Mare, to Mali as well. The latter can be used as a strategic airlifter too.

Other airlifters are being provided by Germany, Denmark, Belgium, Spain, Netherlands and UAE.

About 60 airlift missions have been flown so far to support the build-up phase of the Mali war by France and partner countries. 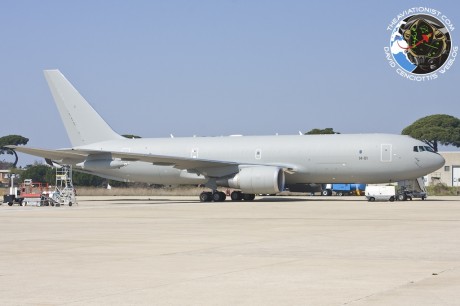 The Nigerian Air Force has deployed two Alpha Jet light attack planes (NAF 455 and NAF 452) from the domestic wing of Nnamdi Azikiwe International Airport, Abuja, to Niamey, in Niger, where they will be based during the Mali operations.

The Nigerians have deployed Mi-35 gunships from Nigeria to Mali in the last few days. 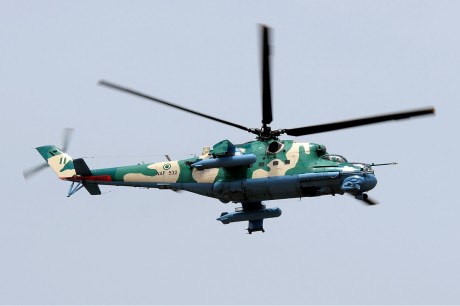 The Nigerian Army deployment to Mali was supported by NAF C-130 aircraft that have airlifted personnel and equipment.

Noteworthy, after conducting an attack on a camp possibly used by smugglers close to the border with Chad and Sudan on Dec. 18, the Free Libyan Air Force reportedly struck an alleged AQIM convoy of four vehicles originated from Mali, that had entered Libya from Niger.

In the meanwhile, the French Air Force has released the first videos of the air strikes in Mali.

“During A CSAR Mission We Integrated With Puma Helicopters and Su-25 Attack Planes”: A-10 Pilots Recount Their Warthog Experiences

A-10 Thunderbolt II Pilots Speak About The Warthog They Fly Over Afghanistan, Iraq, Korea, and Eastern Europe. Dubbed Warthog, Hog or just Hawg, the A-10 Thunderbolt II, the “airplane built around the GAU-8 Avenger 30-mm […]

Russian bombers fly off California and around U.S. Pacific base at Guam

As U.S. and NATO planes gather around Ukraine, long range air activity by Russian bombers in the Pacific is increasing and concerning. Russian activity in Crimea has been accompanied by an increased presence in the […]