With information officially released by the French MoD becoming scarce (and reporters from all around the world either embedded with Paris Special Forces or simply stationed around the main bases in West Africa, being denied the possibility to provide much details about the ongoing Operation Serval for OPSEC issues) the only way to get a glimpse of what is going on in Mali Air War is almost exclusively through the images and footage of the French Air Force’s Sirpa Air.

In this post you can watch a video of the Mirage F1CR, moved from N’Djamena to Bamako to undertake QRA (Quick Reaction Alert) duties from the airport of Mali capital town, and the Rafale Air multirole jets refueling during a strike mission.

The current unconfirmed Order of Battle of the French forces in Mali (as of Jan. 16) is made of: 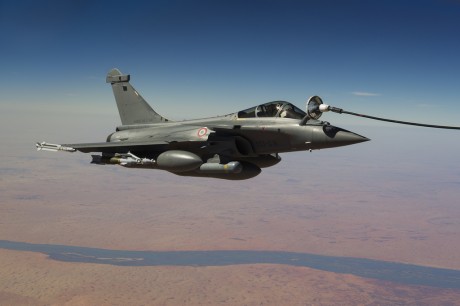