Shadowed by the two 142nd Fighter Wing‘s F-15s on QRA (Quick Reaction Alert), the civilian plane, a Boeing 737-800, landed safely at Seattle around 7.00 pm local time, where local agents found that the security scare was actually a false alarm.

The decision to intercept the airliner came after the FBI received an anonymous call, that the commercial flight was the potential target of a hijacking. 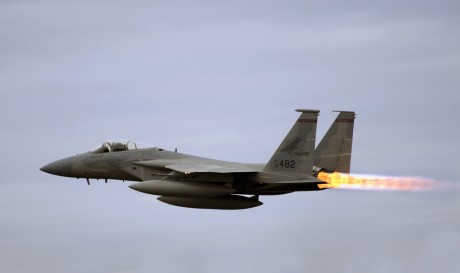 According to the early information from FBI the security scare was probably originated by a crank call, and the man named as the potential hijacker was possibly the victim of a hoax.

The world’s most realistic exercise underway at Nellis Air Force Base, near Las Vegas