At around 8.00am on the morning of Jan. 16, 2013, as the centre of London was in the height of rush hour with thousands of workers commuting to work, burning wreckage and debris from a construction crane started to rain down on unsuspecting people.

What had happened was that an Agusta Westland AW109, registration G-CRST, owned by Castle Air Limited but on Long term Lease to another operator (Rotormotion Limited) had struck a construction crane attached to St. Georges Tower in Vauxhall London. 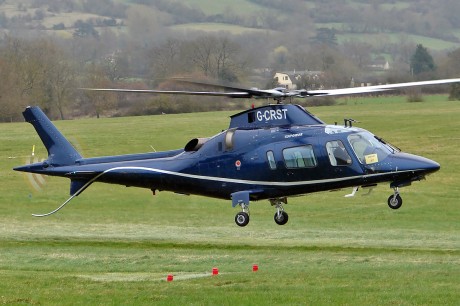 St. Georges Tower is one of London’s highest buildings and is situated less than 100 metres from the MI6 building. It is also one of Europe’s tallest residential buildings.

There has been some construction work going on in the area of the tower and NOTAMs had been issued for the crane due to its height, thought to be around 800 feet.

“The Civil Aviation Authority said that that two notice to airmen (NOTAMs) were in place for the crane. “There are requirements for lighting on tall structures,” said a spokesperson. “In addition, where appropriate, very tall structures are also notified to pilots for flight planning purposes, as was the case with the crane that was involved in this morning’s accident,” Channel 4 News reported. 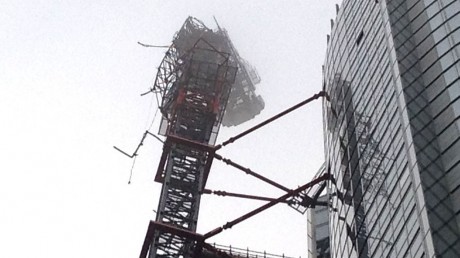 What was apparent was the fog that shrouded the top of the crane which must have also concealed the red light on top and must have contributed to the helicopter striking the crane.

The pilot, later named as Pete Barnes, who according to his employer Rotormotion was a very experienced pilot (who took part to James Bond and Save Private Ryan movies as well as the Olympics), unfortunately lost his life along with one person on the ground. Twelve others also on the ground were critically injured as well.

The helicopter was originally scheduled to fly from Redhill, Surrey, to Elstree but had diverted due to poor weather conditions. Although media outlets reaported that the pilot had requested to divert to the nearby London heliport, according to Channel 4 website, the London Heliport authorities later released a statement that the local ATC agency had not been in contact with the pilot.

An investigation by the UK’s Accident Investigation Board has started into the cause of the crash. It will take months before anything is released though.

Low cloud and poor visibilty were probably among the contributing factors to the accident.

A NOTAM (Notice To Airmen) issued on the FAA website, provides some interesting information about UAV (unmanned aerial vehicle) activity around the Sin City on Nov. 11. !HHR 11/014 ZLA AIRSPACE UNMANNED ACFT WITHIN AN […]

On May 6, 2010, the Esercito Italiano (EI, Italian Army) celebrated its 149th Anniversary at Rome with a ceremony at Tor di Quinto (TdQ) military hippodrome. For the ceremony, that was attended by many civil […]