What seemed to be start as a pretty intense war against the local rebels in Mali has already turned, at least momentarily, into a low intensity air campaign.

In the last 24 hours, just 8 missions against about 12 targets mainly located around Diabali were flown by the French combat aircraft  supported by C135FR tankers. These included reconnaissance missions by Mirage F1CR that have reportedly relocated from N’Djamena, Chad, to Bamako, in Mali.

After releasing 21 PGMs (Precision Guided Munitions) out of 24 carried (6 for each plane) on the first long range raid launched directly from France, the four Rafale jets of the EC 1/7 “Provence” and 2/30 “Normandie-Niémen” deployed to N’Djamena have carried only two or three bombs on the subsequent missions: a sign that, in spite of a “well-armed, well-trained and experienced” enemy, the amount of available targets on the ground in the last day was such that it did not require the aircraft to fly with full load of six GBU-12/49 or AASMs. 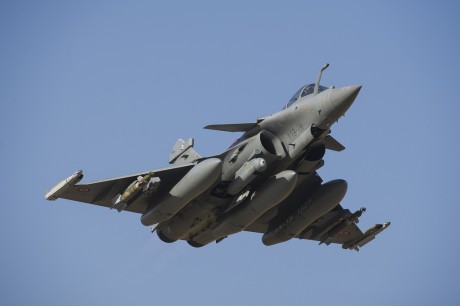 Still, the build up continues with more countries already contributing with support forces, or about to. Among them, the UK, that has made available two C-17 airlifters (and maybe drones in the future), Denmark is sending transport aircraft, Canada that will provide one C-17, Belgium that is about to dispatch one C-130. Togo, Benin, Burkina Faso, Niger, Nigeria, Mauritania and Senegal that will send some hundreds military. 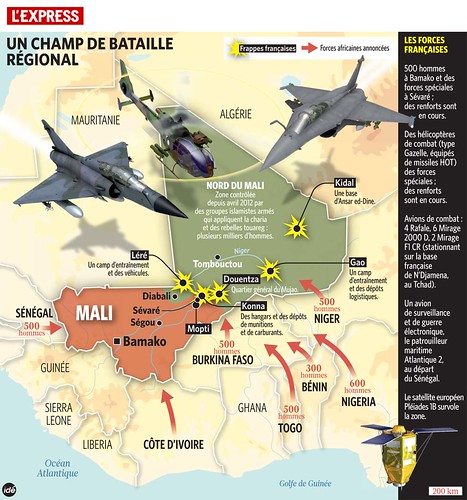 The incident happened during a tactical display at the Base Aérienne 709 Cognac. Both managed to land. Two Armée de l’Air & de l’Espace Rafale C fighter jets were involved in a mid-air collision on […]

French combat aircraft may use RAF Akrotiri base, in Cyprus, to launch air strikes on IS. In the wake of the Paris terror attacks, Britain has offered France the use of its airbase in Cyprus, […]