Lockheed Martin rolled out the first F-35A for Norway at its JSF production facility in Fort Worth, Texas.

On Sept. 22, Lockheed Martin rolled out the first Norwegian F-35.

The aircraft, designated AM-1, represents an important production milestone for both the F-35 program and the Norwegian Armed Forces, where 52 Lightning IIs are expected to replace the Royal Norwegian Air Force ageing F-16s, bringing the country national defense into a new era.

Norwegian Minister of Defense, Her Excellency Ine Eriksen Søreide, who was the guest of honor at the event, remarked the importance of the Lightning II for the future of Norwegian Armed Forces. She pointed out in fact that, being a 5th generation aircraft, the F-35 is the only platform able to give Norway the capabilities to face future surface and airborne threats.

Furthermore, the partnership to the F-35 program will also provide the country with high technology work, ensuring the future health, competitiveness and viability of the defense industry in Norway.

AM-1 will be joined soon by Norway’s second jet, known as AM-2, which is scheduled to be delivered to the Royal Norwegian Air Force later this year.

The two F-35s will be based at Luke Air Force Base, Arizona, where they will be used for Norwegian and partner country pilot training.

Few weeks ago, another European partner, Italy, achieved a major milestone when the first F-35A destined to the Italian Air Force made its first flight. 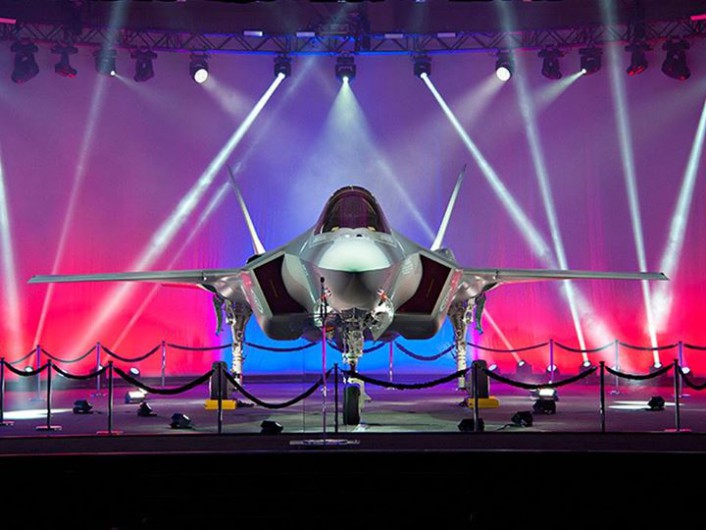 In anticipation of its future assignment to the VFA-101 “Grim Reapers” at Eglin Air Force Base, Florida, the F-35C CF-6 has received a cool high-visibility color scheme. The Grim Repers were established in May 1952, […]

U.S. Air Force is starting to integrate its F-35s and F-22s to improve fifth-generation tactics. Four F-22 Raptors belonging to the the 94th Fighter Squadron, from Joint Base Langley-Eustis, Virginia, deployed to Eglin Air Force […]