The U.S. Air Force has released the report and photos of the mishap suffered by an F-35A Lightning II  in June 2014.

A U.S. Air Force Air Education and Training Command (AETC) Investigation Board team has completed the investigation into the mishap occurred to an F-35A assigned to the 58th Fighter Squadron, 33rd Fighter Wing, Eglin Air Force Base, Florida, on Jun. 23, 2014.

According to the report, the F-35A suffered a failure of the third-stage rotor of the engine fan module. The aircraft was taking off for a training mission when the engine caught fire: the pilot safely aborted the takeoff and exited the aircraft.

Although emergency crews responded to the burning aircraft and extinguished the fire, the F-35A was heavily damaged: “Pieces of the failed rotor arm cut through the engine’s fan case, the engine bay, an internal fuel tank, and hydraulic and fuel lines before exiting through the aircraft’s upper fuselage. Damage from the engine failure caused leaking fuel and hydraulic fluid to ignite and burn the rear two thirds of the aircraft. The total mishap damage is estimated to be in excess $50 million.”

The mishap caused a fleetwide grounding that prevented the F-35 to attend Farnborough International Air Show. 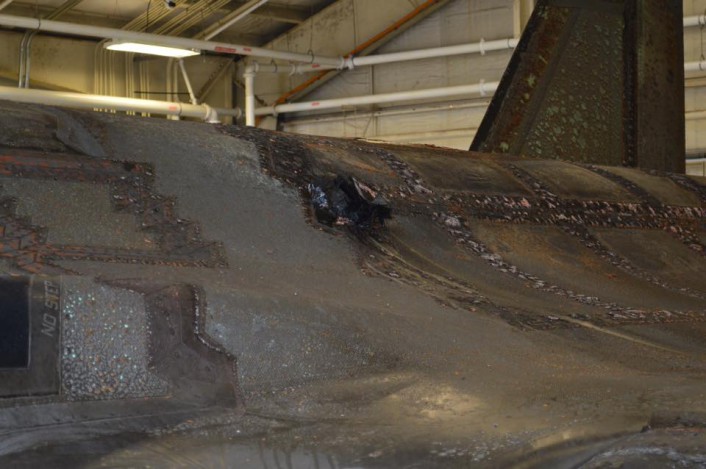 On Jul. 11, 2012, F-35B BK-2 took the air from NAS Fort Worth JRB for the aircraft’s inaugural flight. Piloted by Lockheed Martin test pilot Bill Gigliotti, the second F-35 produced for the United Kingdom […]

Four SD ANG F-16Cs returning from Poland have arrived in the UK. One of them sports the brand new overall grey color scheme aimed at reducing the aircraft’s RCS (Radar Cross Section). Four F-16Cs from […]