The F-35 and its weapons suite.

Top image shows an F-35A, at Edwards AFB, California,nexto to its F-35 Systems Development and Demonstration Weapons Suite the aircraft is designed to carry.

According to Lockheed Martin, the Joint Strike Fighter can carry more than 35-hundred pounds of ordinance in Low Observable (stealth) mode and over 18-thousand pounds uncontested.

The Lightning II is conducting testing required for full weapons certification through a campaign which included validating 2B weapons software and successfully executing several weapons separation and engagement tests.

The photo and updated weapons integration status report come few weeks after a report claimed the F-35 will be unable to use its gun until 2019. 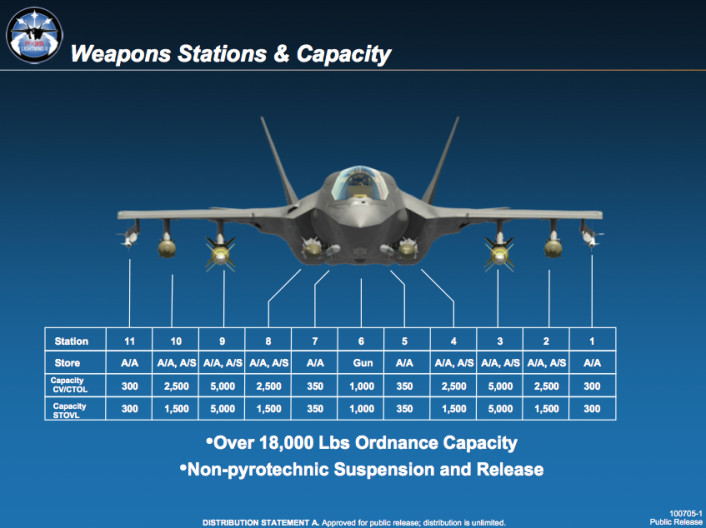