On Jan. 26, several hours before U.S. SECDEF Leon Panetta would say the Joint Strike Fighter remains a DoD top priority program “essential to the future of air superiority”, Charles “Tom” Burbage, Executive VP of Lockheed Martin and General Manager of F-35 Program Integration, had already explained in a Press Briefing held in Rome that, in spite of rumors and criticism surrounding the costly fifth generation combat plane, he did not anticipate any significant downsizing of the program.

“Every country is reducing defense budget but no country has reduced the F-35” he said, explaining also that one of the most appealing features of the program for international partners is the involvement of local companies, which supply components, systems and know-how, well before a single aircraft is purchased.

Moreover, the F-35 has recently collected some important achievement, making Burbage and the rest of the company optimistic about the future of the entire program.

First came in December 2011 the selection of the JSF as the Japan Air Self Defense Force (JASDF) next gengeration aircraft, following the F-X competitive bid process that saw the Lockheed plane win on both the Eurofighter Typhoon and the Boeing F-18 Super Hornet.

Then the F-35B STOVL (Short Take Off Vertical Landing) was removed from probation one year ahead of schedule. Finally, the F-35C (Carrier Variant) was fixed with a new tailhook system that will be tested beginning next April, making arrested landing on aircraft carriers possible after the series of failed tests.

Last year was particularly important for the revolutionary plane. It flew about 20% more than expected, performed sea trials taking off and landing (vertically) from USS Wasp and “had no issues on the ship”, Burbage said, in spite of the alleged noise and heating problems.

Dealing with the series of issues highlighted by the JSF Concurrency Quick Look Review and other official and unofficial reports leaked at the end of last year, Burbage explains: “we are currently 20% into the test program. Today’s issues are not going to affect customers that will receive the aircraft years later, when the problem is fixed.”

In the last few days, Burbage and its entourage have met the Italian Minister of Defense Di Paola and the top Italian Air Force and Navy officers. Talks were satisfactory and Lockheed is quite confident that in spite of the financial crisis and raising criticism at political level, Italy will keep the commitment as Level 2 partner (worth 2 Billion USD already invested) in the program, which calls for total U.S. purchases of 2,443 F-35s in both A, B and C versions for the Air Force, Navy and Marine Corps, and envisages 697 planes for other partners (UK, Italy, Netherlands, Australia, Canada, Denmark, Norway and Turkey).

Japan aside, the F-35 has export chances also in South Korea, that is the only non-partner country Lockheed Martin is in talks for a possible JSF sale. Should the F-35 be selected in South Korea, the number of planes procured by Security Cooperative Participants (Singapore and Israel)  and foreign customers (including Japan) will exceed the number of F-35s ordered by partners.

Since there’s no commitment yet nor any value was set, no reduction or cut in the amount of aircraft can be foreseen. Italy is not buying 131 planes. The initial requirement was for 69 F-35A and 62 F-35B (40 for the Air Force and 22 for the Navy), but Italy will buy the plane in batches: 4 planes, then 5 planes and so on. Therefore, Italy will have some F-35s, some of them will be STOVL ones to equip the Cavour aircraft carrier.

Eventually, in the U.S. the F-35 survived the Pentagon budget cuts: the US will continue buying F-35s, but will slow its purchase of the stealth fighter planes. 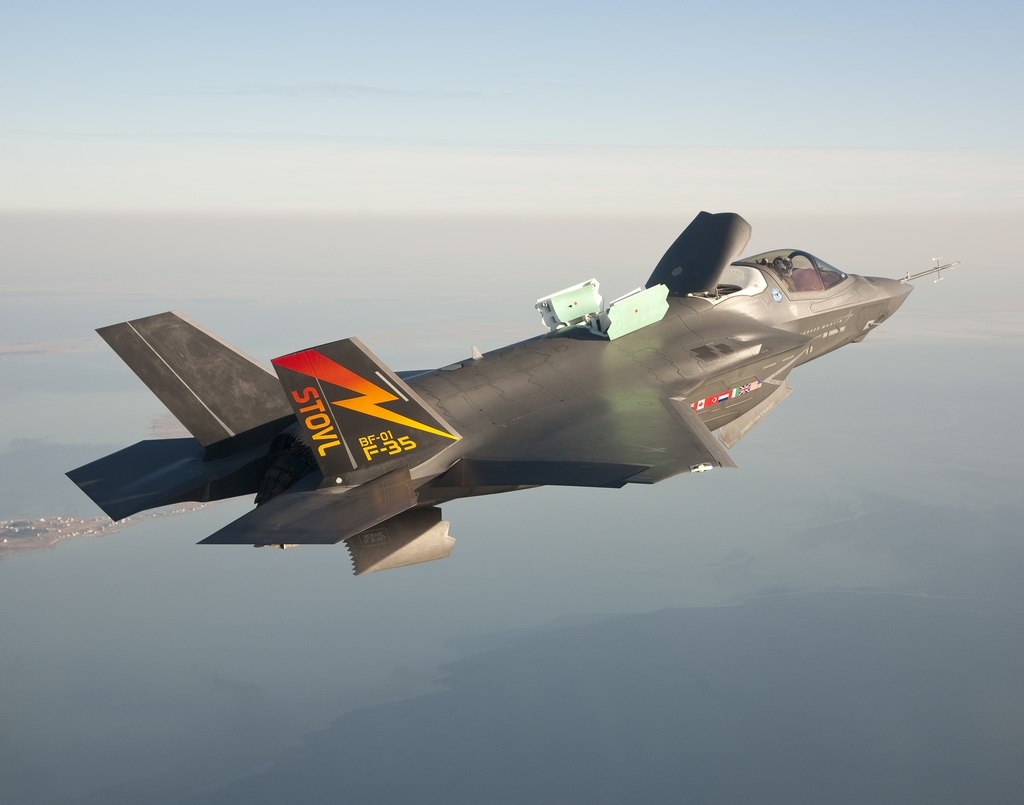