The Italian IP has got the qualification to train Italian and partner nations pilots on the Joint Strike Fighter through a 6-month syllabus made of two distinct classes respectively called “Transition” and “Intructor Pilot Upgrade” (IPUG).

During Transition the pilots train in various forms of flight: air-to-air combat, air-to-ground missions including SEAD/DEAD tasks (Suppression / Destruction of Enemy Air Defenses). At the end of this stage, the student IPs have gained skills to fly these missions in all-weather conditions.

During the subsequent IPUG class, the students are taught how to teach follow-on pilots to fly and fight in the F-35A. The IPUG course ends with a check ride required to achieve the IP qualification.

The syllabus has become more focused on full combat training last Spring, as the U.S. Air Force prepared to declare the F-35A Lightning II ready for war by the U.S. Air Force with the 34th Fighter Squadron based at Hill AFB in Utah (that eventually achieved the Initial Operational Capability on Aug. 2).

[For a detailed analysis of the IOC milestone, please read our report published here.]

The newly qualified Italian IP will serve in the multinational pilot training center at Luke AFB in Arizona, the world’s premier conventional F-35 training base where, under a pooling arrangement, USA, Australia, Norway and Italy, share IPs and aircraft to train new pilots and instructors within the same standardized framework.

Two Italian F-35As are already part of the “shared pool” at the airbase near Phoenix: the first one, dubbed AL-1 and serialled MM7332, the ItAF’s first F-35, the first JSF built outside the U.S., arrived in the U.S. at the end of the type’s first ever transatlantic flight on Feb. 5, 2016. 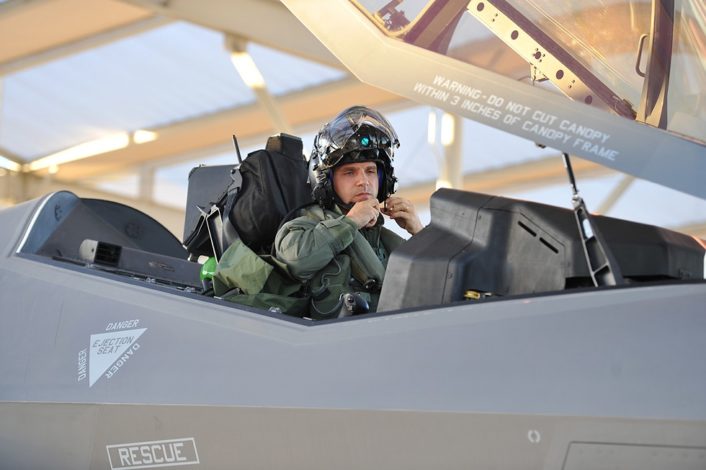