F-22 during Deliberate Strike Night: testing stealth abilities to conduct attacks during the hours after the sun sets. 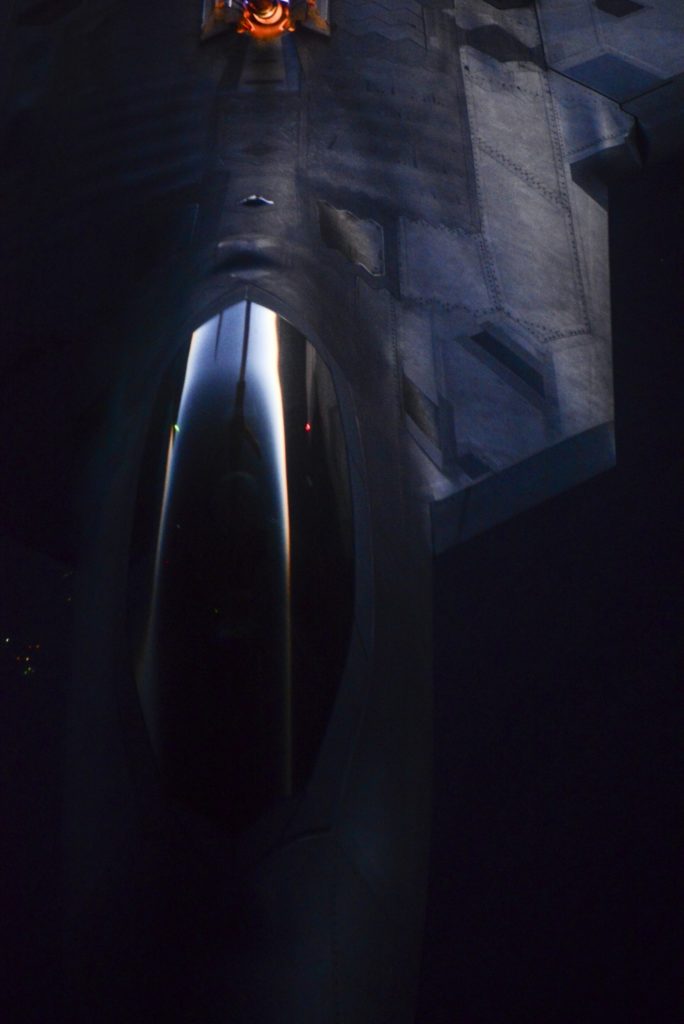 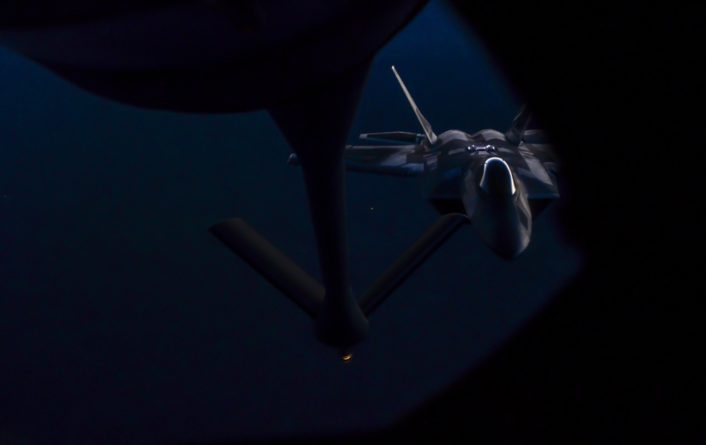