Some images of Maloney’s Pony, the legendary insignia of first combat F-22 Raptor.

A very special F-22 belonging to the 27th Fighter Squadron from Joint Base Langley-Eustis, Virginia visited the 411th Fighter Test Squadron at Edwards Air Force Base, California in June and November of 2015 as part of the Signature Management Program, which is aimed to maintain its stealth characteristics.

A well-known artwork is painted on the body of this Raptor: called “Maloney’s Pony,” the insignia was applied on the F-22 tail number 09-0174 in honor of Maj. Thomas E. Maloney, the 27th Fighter Squadron’s highest scoring Ace of World War II. 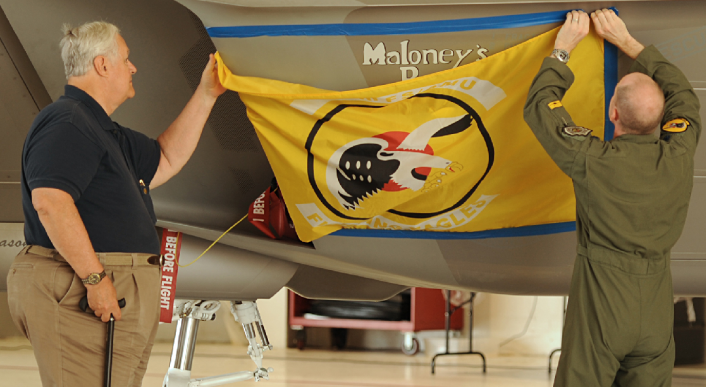 Maloney crashed in the Mediterranean Sea while he was flying his P-38 Lightning (that he named Maloney’s Pony) during a strike mission over France in August of 1944. Presumed dead, Maloney was instead alive since he floated to shore and tried to find the French Resistance to help him get back across the line: this became a real challenge when he was badly injured after stepping on a mine. Nevertheless Maloney was able to evade enemy forces crawling for ten days until a French farmer rescued him. Then, once in stable condition a C-54 escorted by twelve P-38s from Maloney’s squadron, finally transported him home.
To honor him, the 27th Fighter Squadron has always named one of its aircraft as “Maloney’s Pony.”

But as Maj. David Schmitt, 411th Fighter Test Squadron assistant director of operations, explains “when the squadron became a Raptor squadron, they did away with (Maloney’s Pony) because it’s a stealth aircraft, they didn’t want anything on the side of it so that tradition stopped.”

Eventually, the tradition of Maloney’s Pony found its way back to the squadron in 2011, when Lt. Col. Pete Fesler, the then 27th Fighter Squadron commander, restored it and a mock-up of the nose art used in the World War II-era P-38 Lightning was applied to F-22 Raptor number 09-0174.

Noteworthy, following the heritage of the original Maloney’s Pony, this F-22 has been the first of its type to go into combat when it led a flight of Raptors into Syria in 2014. 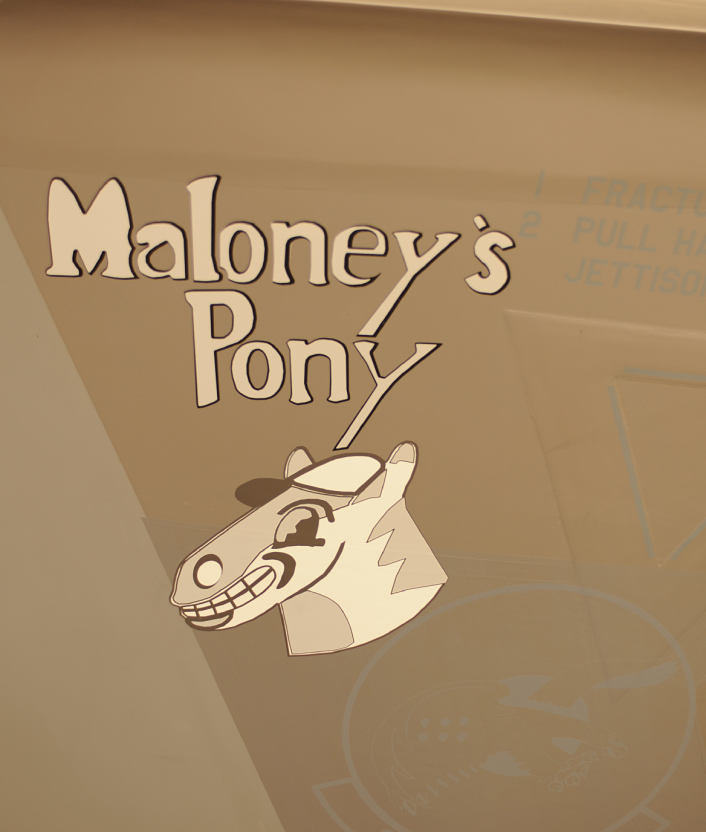 Let’s Have A Look At The U.S. F-22 Raptors Returning Home Earlier This Month From Short-Notice Deployment to Qatar

F-22s returned home from their first ever deployment in Qatar. And here are some interesting images. Twelve U.S. Air Force F-22 Raptors that had deployed to the Middle East at the end of June 2019 […]

Starting in 2017, Australia will host U.S. military aircraft, including F-22 Raptors, to maintain a “credible combat power” in the region and send a convincing message to potential aggressors. The Royal Australian Air Force will […]