During the last months of 1966 the North Vietnamese MiG-21s from Phuc Yen airfield claimed several victories against the American F-105 fighter bombers urging the Air Force to do something to reduce Thunderchiefs losses.

The solution was found by using the then new F-4C jets and came from a living legend among the fighter pilots, the 12-victory ace from the Second World War Col. Robin Olds, 8th Tactical Fighter Wing (Wolfpack) commander.

His plan was to fly the Phantoms at the same speed and altitude of the F-105s, in such a way the formation would appear on the Vietnamese radar screens as “standard” Thunderchief formations. Once the “simulated” Thud formation was spotted, Mig interceptors would be scrambled towards the intruders finding themselves to fight against the powerful Phantoms armed with air-to-air missiles instead of the bomb laden F-105s: an aerial ambush.

Olds studied a plan that saw the Phantoms simulate the routes, call signs, refueling areas, speeds and altitudes which would normally be used by the Thunderchiefs.

The F-4s from the 8th, 355th, 366th, and 388th TFWs took part to the mission, alongside with the F-105s from the 355th and 388th performing their regular Iron Hand duty. The Operation Bolo officially went off on Jan. 2, 1967 even if the meteorological conditions, especially over the target area, were bad. 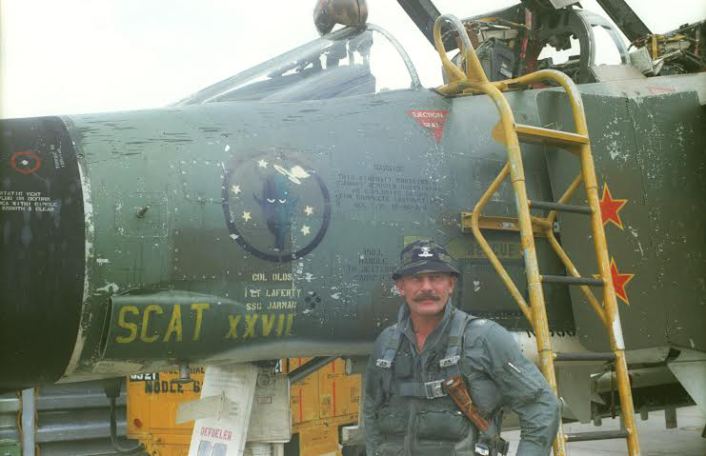 The first flight “Olds”, led by Olds himself arrived over Phuc Yen at around 15.00 local time but noticed no defensive reaction by the North Vietnamese Air Force. As Olds formation was about to leave the area of operations to leave room to the incoming Ford flight, the first MiGs (whose scramble had been delayed by 15 minutes by the GCI controllers because of the overcast conditions) emerged from the clouds below.

A 15 minutes battle against aggressive MiG-21 pilots raged in the skies within a 15 mile radius of Phuc Yen, with the Fishbeds that attacked in two pairs, one from 6 o’clock and the other from about 12 o’clock.

As told by Olds to Walter J. Boyne for his book “Phantom In Combat,” the F-4s turned against the nearest attackers.

Unfortunately, the first one to pop through came up at Olds 6 o’clock position. Olds broke left, trying to get away of the enemy line of fire, hoping that his wingman would take care of him. At the same time he saw another MiG pop out of the clouds in a wide turn about his 11 o’clock position, a mile and a half away. He went after it ignoring the one behind and fired missiles at the Mig just after this disappeared back into the clouds.

But another MiG appeared after few seconds: “I’d seen another MiG pop out in my 10 o’clock position, going from my right to left; in other words, just across the circle from me. When the first MiG I fired at disappeared, I slammed full afterburner and pulled in hard to gain position on this second MiG. I pulled the nose up high, about 45°, inside his circle. Mind you, he was turning around to the left, so I pulled the nose up high and rolled to the right. This is known as a vector roll. I got up on top of him and, half upside down, hung there and waited for him to complete more of his turn, and timed it so that as I continued to roll down behind him I’ d be about 20° angle off and 4,500 to 5,000 ft behind him. That’s exactly what happened. Frankly, I am not sure that he ever saw me. When I got down low and behind he was outlined by the sun against a brilliant blue sky. I let him have two Sidewinders, one of which hit and blew his right wing off” Olds explained in “Phantom In Combat.”

Six more MiG-21s were shot down that day, followed by other two Fishbeds on Jan. 6 scored by 555th TFS aircrews. Nine MiG-21s lost in a matter of few days caused a post defeat stand down for the NVAF, a claim confirmed by the fact that once the MiG-21s reappeared in the skies they had changed their tactics in dogfight against US F-4s.

In fact ground control would vector them to a 6 o’clock position well outside the range of Phantoms radars. The MiG-21s would then go supersonic as told by Boyne, gathering plenty of “smash” by reaching Mach 1.4 or more, and once launched heat seeking Atoll missiles they would zoom-climb away to safety.

However as reported by Boyne in his book, a working paper produced by the U.S. Seventh Air Force Tactical Air Analysis Center, the success of Operation Bolo is largely attributable to several factors like:

Nevertheless the success of Operation Bolo was also the result of both leadership and tactical skills, two properties owned by Robin Olds, who still represents the natural embodiment of the fighter pilot. 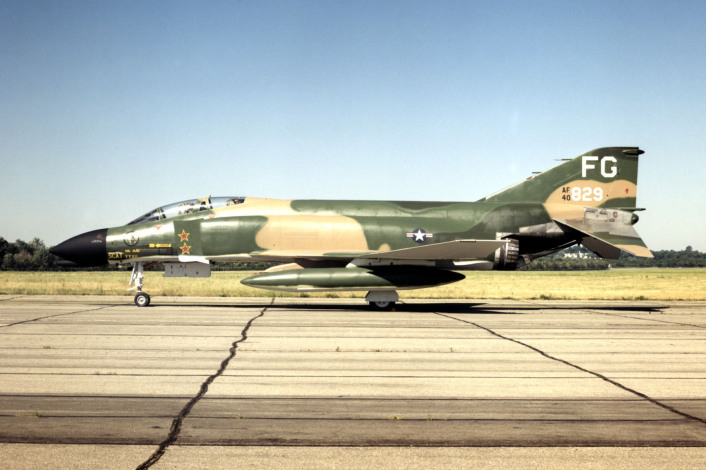 In the video below you can see the facts described in the article as well as hear the explanation of the Operation Bolo from Robin Olds himself.

U.S. A-10 Thunderbolts to be temporarily stationed in Poland?

A-10 Warthogs moving east The U.S. Air Force A-10s of the first Air Force Theater Security Package have eventually arrived at Spangdahlem airbase, in Germany even though their deployment did not complete as planned: two […]

A RAF Lakenheath-based HH-60G Pave Hawk, a helicopter used for combat search and rescue, to recover downed aircrew or personnel in hostile environment at war, crashed off the north Norfolk coast. The helicopter, belonging to […]

OTD in 2008 The U.S. Air Force Lost Its First B-2 Stealth Bomber During Take Off From Guam