On Mar. 24, fourteen KC-135 Stratotankers performed an “Elephant Walk” as part of an exercise aimed at testing the rapid mobility capabilities and teamwork of the crews at McConnell Air Force Base, Kansas. 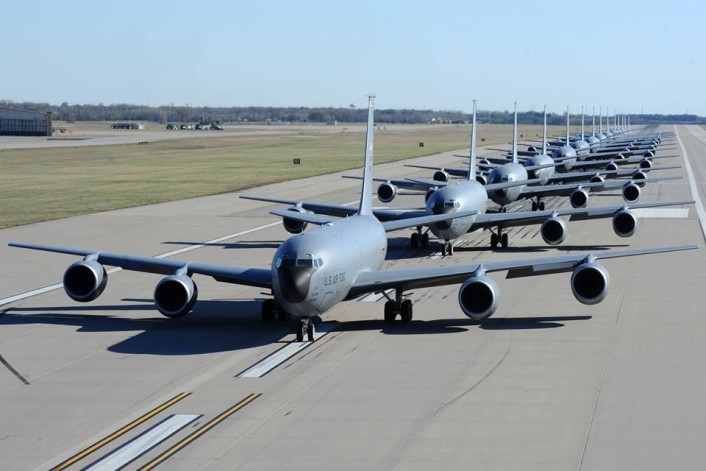 Elephant walks are periodically performed at airbases all around the world to train fighter jets, bombers, airlifters as well as tankers for war-time operations and test crews ability to quickly and safely mass launch base aircraft within minutes of being notified of a mission; depending on the purpose of the training event Elephant Walk may terminate with the aircraft taking off in sequence, or taxi back to the apron. 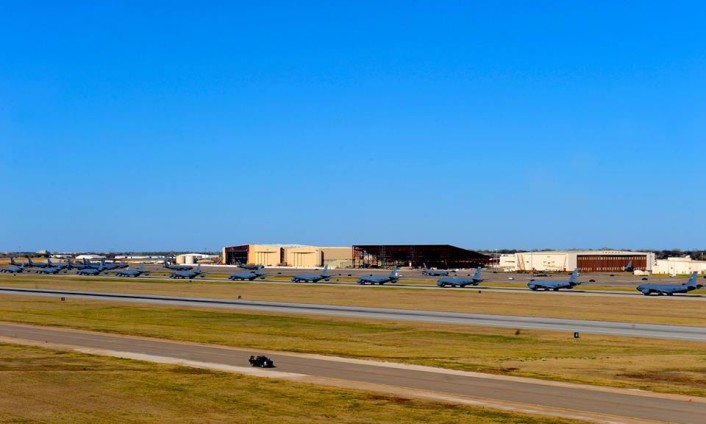 The following video shows three heavy cargo pallets being dropped from a C-17 Globemaster in support of ground operations during Joint Operational Access Exercise 13-3. JOAX is a seven-day integrated exercise between the 82nd Airborne […]

This 4K 360-degree Cockpit Video Of The F-35 Demo Flying Over San Francisco Fleet Week Is A Must See!

Ride along with Capt Andrew “Dojo” Olson as he flies the F-35 Demonstration over San Francisco Fleet Week. Although it generated some controversy because of a negative article published on CommonDreams.org (that “earned” a complete […]

U.S. A-10s Thunderbolt II aircraft deployed to Europe to take part in Sabre Strike 18 have conducted “rough field training” in Estonia. Thanks to its engines mounted far from the surface of the runway, the […]