The footage in this post shows A-10 Thunderbolt and C-17 Globemaster aircraft in action over Keno Airfield on the Nevada Test & Traning Range during JFE (Joint Forcible Entry Exercise) 14B on Dec. 6, 2014.

Featuring some 100 aircraft, JFE is a US Air Force Weapons School large-scale air mobility exercise with the aim to test the ability of the participants in the weapons school courses to plan and execute complex air operations, including infiltration and exfiltration of combat forces via airdrops and tactical landings on unimproved landing strips, in a simulated contested battlefield. 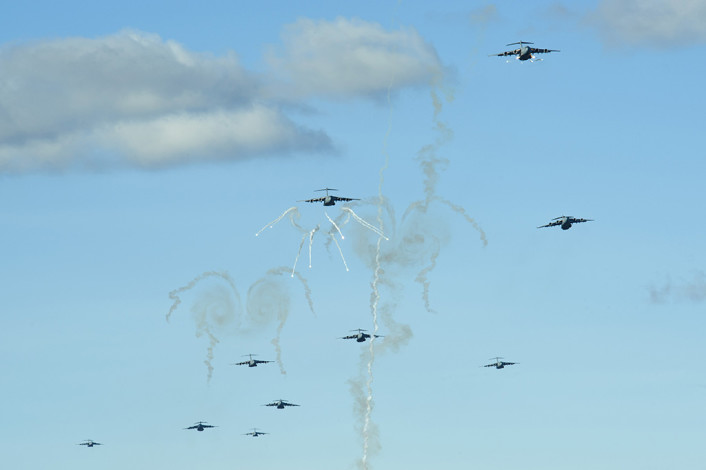