As the aircraft carrier was sailing in the South China Sea the three “Rhinos” (as the Super Hornets are dubbed by their aircrews) performed a symbolic formation lead change with Capt. Richard Brophy, Commander, Carrier Air Wing (CVW) 9, presiding over the transfer of leadership while a flight deck full of Warhawk Sailors and other spectators watched below. 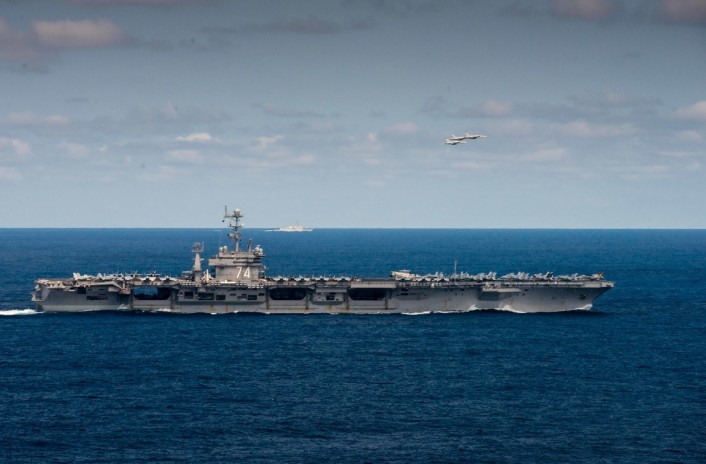 On Mar. 9, the USS John C. Stennis left the South China Sea where it had been dispatched five days earlier for a freedom of navigation exercise.

As reported by NavyTimes.com, with China claiming most of the islands of the region, many experts believe that the aircraft carrier was dispatched in the area to perform a deliberate show of force to emphasize U.S. Navy’s right to operate in the disputed waters of the South China Sea.

The Pentagon stated that the Stennis entered the South China Sea twice, while crusing towars and back from joint exercises with South Korea. 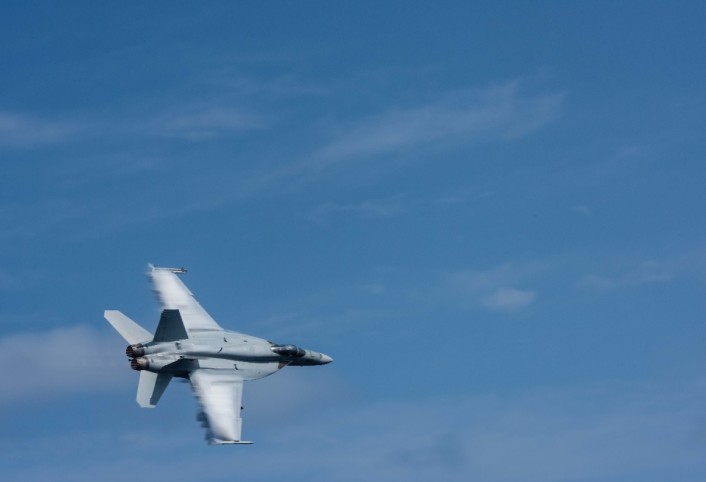 Noteworthy, during the transit in the South China Sea the USS John C. Stennis was followed by People’s Liberation Army Navy (PLAN) warships which remained in the vicinity of the U.S. Navy carrier.

However according to a U.S. Navy press release the interactions with the Chinese Navy were professional.

Moreover in an effort to reduce tensions in the area the USS John C. Stennis Carrier Strike Group (CSG) command ship Blue Ridge will visit China later this spring where 7th Fleet head Vice Adm. Joseph Aucoin will hold talks with his counterparts about the chance to increase communication between the two countries to avoid confrontations at sea. 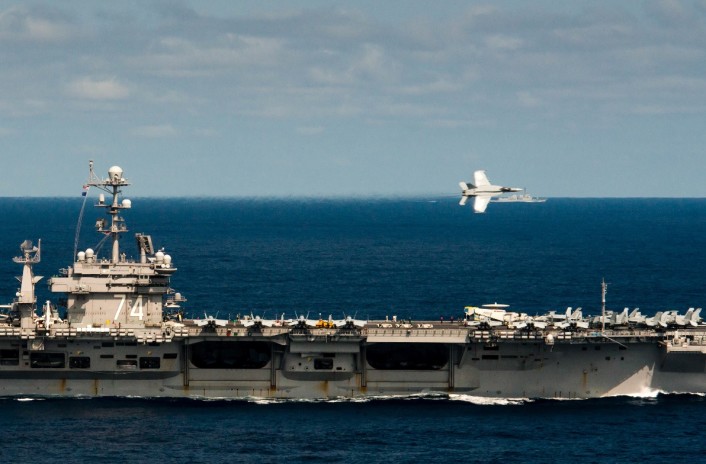 Chinese Navy on A Tear to Assert Global Reach with New Carriers and Warships. While the Chinese military has been on a tear of introducing new weapons systems and platforms, this past week was remarkable […]